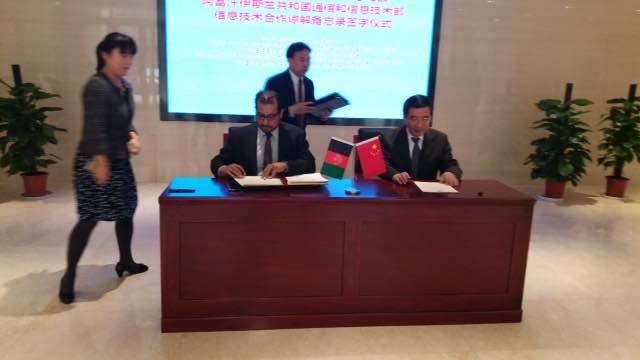 KABUL to China through Wakhan district of Badakhshan province through a fiber optic line.

Sadat told Pajhwok Afghan News implementation of the agreement with China would help Afghanistan shun reliance on other countries.

Under the agreement, China will help Afghanistan in three main areas, said Sadat, explaining a 4,800km fiber optic line would be extended from Kashgar city of China to Faizabad, the provincial capital of northeastern Badakhshan via Wakhan border district.

The fiber optic line would an important role in realizing the digital Silk Road project, Sadat said, saying implementation of the project over the ancient Silk route would not only connect Afghanistan with Europe but to developed central Asian countries as well.

He said China would also cooperate with Afghanistan in developing another Afghan satellite named AfghanSat2.

Sadat had discussions with leaders of ZTE and HUAWEI companies in China where a number of power and energy companies promised investment in Afghanistan’s energy sector.