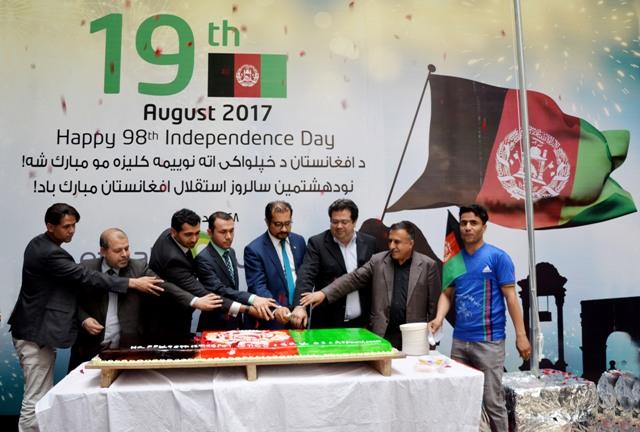 Kabul, the leading telecom operator in the country, celebrated Independence Day of Afghanistan by raising the country`s flag and holding a ceremony to mark the occasion . The event was attended by dignitaries from Afghan government, media representatives and Etisalat top management.

Speaking on the occasion, Obaid Alzaabi, Etisalat Afghanistan`s CHRO, said ‘On behalf of Etisalat family, I would like to send greetings and warm wishes to all Afghans and wish them a very happy Independence Day.’

He added ‘Etisalat as a Muslim company has been very close to Afghans and has been determined to advance the progress made by the country.’

Independence Day in Afghanistan commemorates the full independence of Afghanistan from British Empire in 1919 and is commonly associated with fireworks, parades, picnics, family reunions and political speeches and ceremonies. It is a public holiday across the country and was often marked with military displays in the capital city of Kabul.

Etisalat Afghanistan is part of Etisalat Telecommunications Group, headquartered in UAE, one of the largest telecommunications groups in the world. Etisalat Afghanistan launched their services in 2007 and has rapidly become the fastest growing telecommunications service provider in the country with an active base of 6 million subscribers. The company aims to be at the forefront of its market based on quality, innovative services and competitive pricing, with unsurpassed coverage in every province in the country. Since 2007, the company has invested US$ 400 million in Afghanistan and is the first telecom company to launch 3.75G services in Afghanistan.