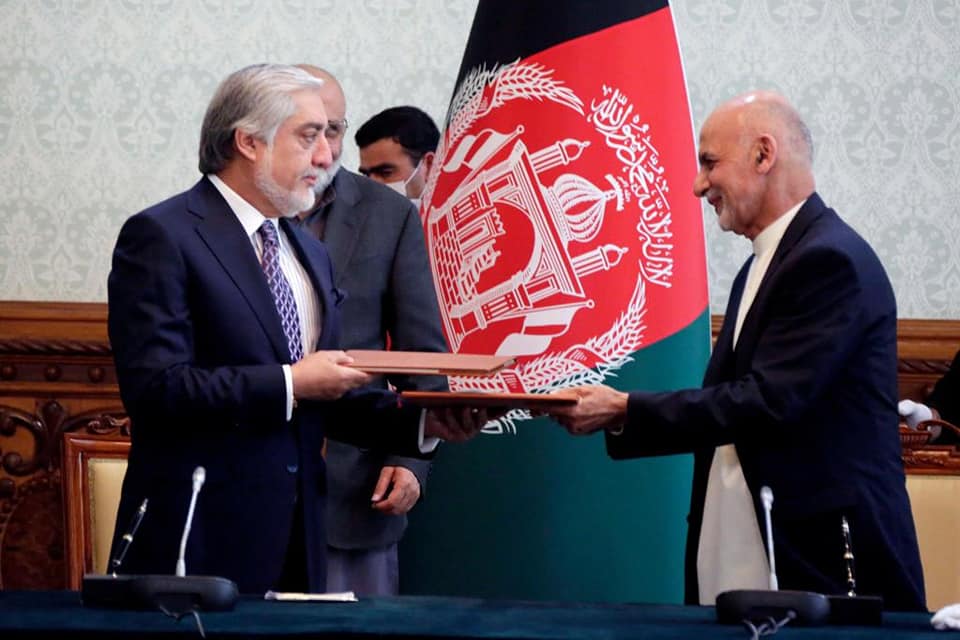 KABUL (Pajhwok): Some political experts believe the political agreement between President Ghani and Dr. Abdullah will accelerate peace efforts while others say the peace process will become more complicated after the pact.

The presidential elections were conducted on September 2019. The Independent Election Commission (IEC) had earlier announced President Ashraf Ghani as winner in the final result but his main rival Dr. Abdullah Abdullah did not accept the IEC result and declared himself as president.

US Secretary of State Mike Pompeo and some jihadi leaders in Afghanistan tried to resolve the rift between Ghani and Dr. Abdullah, which took eight months.

In line with the agreement, Abdullah will lead the High Council of National Reconciliation. The council will have executive authority.

A copy of the agreement received by Pajhwok Afghan News, reads the high council would be formed of political leaders, national figures and the president would give consultation in important issues.

According to the agreement, Dr. Abdullah will lead NRHC in Sapidar Palace and the council will have five deputies – two from Stability and Partnership team and the rest from President Ashraf Ghani camp.

Based on the agreement, the NRHC chief will lead all negotiations of the national reconciliation process, national peace process and has the authority to appoint the staff for the State Ministry of Peace.

Former Afghanistan Cricket Board (ACB) chairman and politician Shahzada Masood termed the political agreement as a step forward towards achieving sustainable peace in the country, adding it would pave the ground for creation of a kind of political consensus.

According to him, now President Ghani and Dr. Abdullah and the entire nation would jointly work for the success of peace process.

However, another political expert Khushal Khalil said both Ghani and Abdullah supporters were not happy about the agreement. He believed when both sides were not happy in a political agreement, than such agreement would be a successful one.

But a number of other political experts said they were concerned over the political agreement which they said would face the peace process with more complicated situation.

Asad Wahidi, a political expert, told Pajhwok Afghan News the intra-Afghan negotiations had been completed after the announcement of NRHC as the NRHC created more problems.

He said, “I consider NRHC as High Peace Council (HHPC) because there is no specific mechanism for making decision as all power authorities will again be with President Ghani.”

Another political expert Wadir Safi says he does not believe the NRHC would reach reconciliation with the Taliban.

He said, “NRHC has been created of individuals, including Abdullah who do not want peace in Afghanistan as they see their benefit in the ongoing conflict.” He said Dr. Abdullah took the NRHC power through force.

Meanwhile, Taliban Qatar political Office spokesman Sohail Shaheen tweeted, “what is taking place in Kabul is only a repetition of the past failed experiences. Afghans should focus on real and sincere solution of the issue. Solution of the Afghan issue lies in implementation of the Doha accord.”

He said the prisoners’ release process should be completed and intra-Afghan negotiations should start.