Diesel price goes up by 6.5pc in Kabul 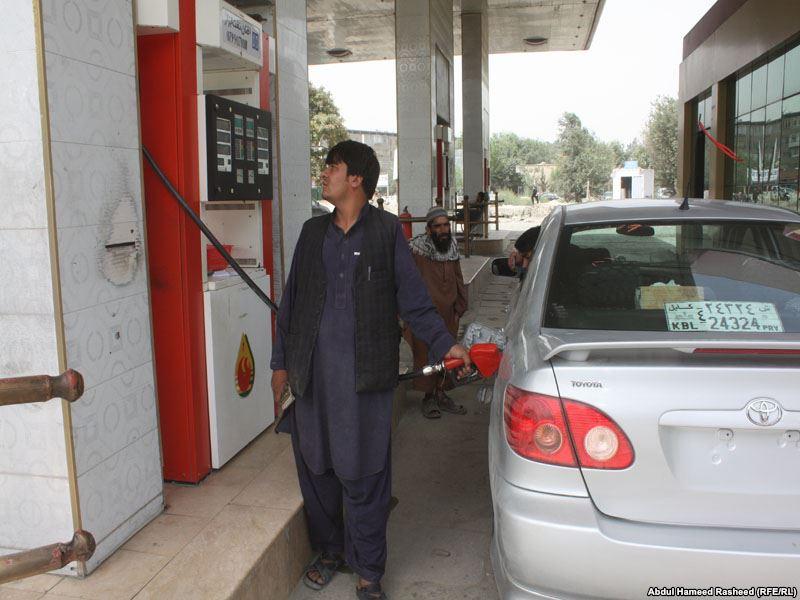 Diesel price goes up by 6.5pc in Kabul

KABUL (Pajhwok): Prices of fuel increased and the cost of flour and ghee fell last week in Kabul, market source said on Sunday.

The same amount of Indonesian green tea increased during the outgoing week in value from 300afs to 320afs, the retailer added.

A 24-kg bag of Pakistani rice accounted for 2,450afs, a 16 litres bottle of Malaysian ghee for 1,550afs, a kilogram of Indonesian green tea for 330afs and the same quantity of African black tea for 350afs.

A worker of the Hashimi pump station in Taimani Square said the price of one litre of diesel rose from 43afs 46afs, while the same quantity of petrol accounted for 40afs — same as last week.

Mohammad Sharif, a gas seller in Kalola Pushta area, said the rate of one kilogram of gas worked out at 55afs.

Qudratullah, a firewood seller in Charah-i-Shahid neighbourhood, told Pajhwok Afghan News the price of per 560 kilograms of peeled oak fell from 8,200afs to 7,800afs.

He added the same quantity of unpeeled oak cost 8,000afs. The value of a tonne of coal remained unchanged at 6,500afs.

Mohammad Javid, a jeweler in Lycee Maryam neighbourhood, said one gram of Russian gold accounted for 2,900afs and the same amount of Arabian gold remained stable at 3,600afs.

Haji Hussain, the owner of Sadaqat Money Exchange Service, said the value of one US dollar was 77.20afs while 1,000 Pakistani rupees accounted for 479afs.