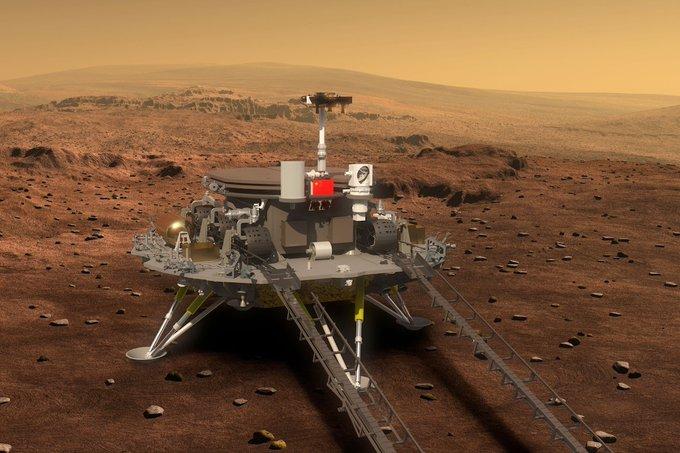 KABUL (Pajhwok): China has successfully landed a spacecraft on Mars, becoming the second country in history to accomplish the feat, state media reported on Saturday.

To make the descent, hailed as successful touchdown, the vehicle used a set of a protective capsule, a parachute and a rocket platform.

Until now, the United States alone has gained proficiency in landing on Mars. All other nations attempting the feat have either crashed or lost contact soon after reaching the planet’s surface.

Weighing about 240 kilograms and carrying six scientific instruments, the rover will be deployed from the lander for a three-month mission in search of signs or evidence of ancient life on Mars’ surface.

According to CNN, the spacecraft sent back its first photo of the planet from more than a million kilometers away.

In a special message, he said:  “You were brave enough for the challenge, pursued excellence and placed our country in the advanced ranks of planetary exploration.”

Called Tianwen-1, the Chinese mission is optimistic of gathering important information about the Martian soil, geological structure, atmosphere and search for signs of water.