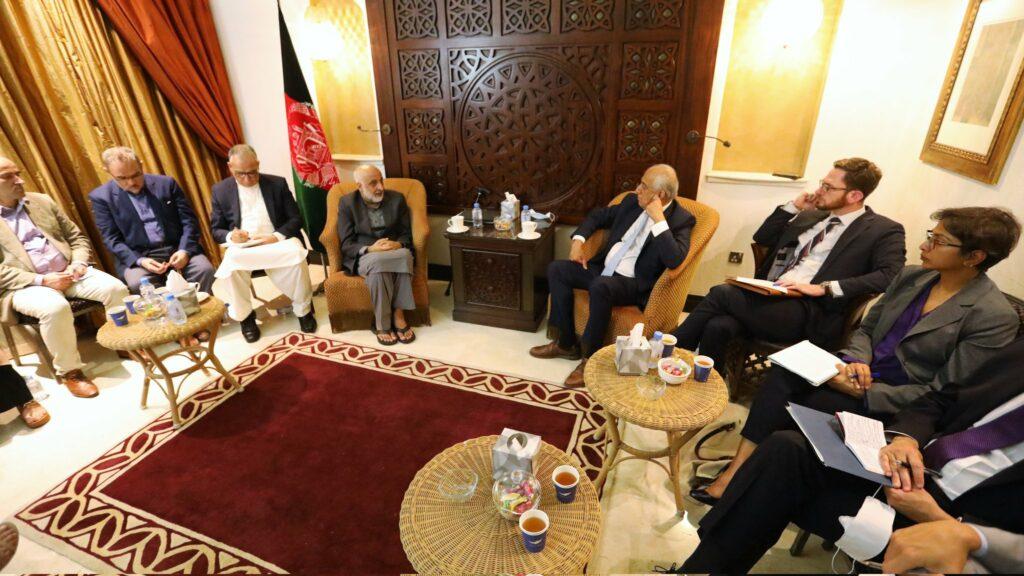 KABUL (Pajhwok): To speed up peace talks in Doha, Afghan government negotiating team members have met the US special envoy in Qatar.

The meeting took place on Monday evening between government negotiators and Ambassador Zalmay Khalilzad, who is currently visiting the region, including Afghanistan.

A member of the negotiating team, who declined to be named, told Pajhwok Afghan News they met Khalilzad and stressed acceleration of the peace talks.

They also suggested the presence of a third party to let the peace negotiations proceed in line with people’s aspirations, the source added.

He said all members of the team briefed Khalilzad on the current situation in Afghanistan.

The US envoy made clear that he wanted to meet all parties and embarked on his current trip to the region to resolve the Afghan conflict.

He quoted Khalilzad as saying conflict was no solution to the Afghan crisis and that power could not be seized by force. He called a political agreement the best solution.

Khalilzad suggested the Afghan crisis could end through political partnership. He asked the Taliban to accept the demand of the Afghan people for a ceasefire, the source revealed.

The Taliban political office in Qatar has so far said nothing about meeting Khalilzad.