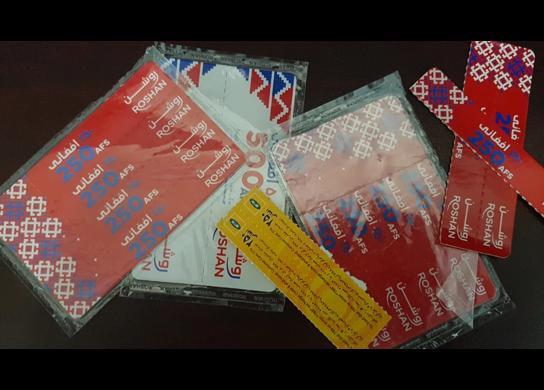 KABUL (Pajhwok): Residents of Kabul say they have been struggling with finding mobile credit cards since the Taliban took control of the central capital.

The Taliban captured Kabul on Sunday, forcing former president Ashraf Ghani to flee the country. Now the Taliban control all of Afghanistan except central Panjsher province.

A number of Kabul residents said finding mobile credit cards had become difficult and expensive in the city.

Abdul Jalal, a resident of the Kart-e-Parwan area of ​​Kabul, said he had been trying to find a credit card for two days and finally found it in a shop the previous day, but he bought a 250 afghanis card for 300 afghanis.

He said the price of credit cards of all telecom companies had increased.

Jamshid Popal, a resident of the Taimani area of ​​Kabul, said the price of credit cards had gone up as 50 afs card of Roshan was sold for 60afs.

He called on telecom firms to make available credit cards in the market without any delay.

Wasiullah, a resident of Rahman Mena in Kabul, said he bought a Roshan network card of 500 afs for 550 afs.

Abdul Mansoor, a resident of Deh Afghanan area of ​​Kabul, who was busy selling cards, said the telecom firms had stopped issuing credit cards to market since last five days.

He said the cards available with them had been issued before the fall of Kabul to the Taliban.

Pajhwok tried to contact the telecom firms about the issue but was unsuccessful.