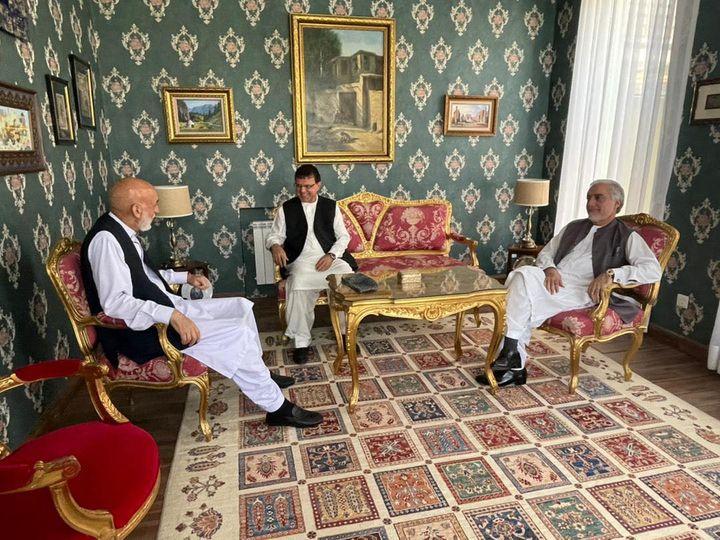 KABUL(Pajhwok): Former President Hamid Karzai, Dr. Abdullah Abdullah and Umar Zakhelwal have discussed the current situation of the country and creation of an atmosphere in which all people could live in peace and tranquility.

He said they agreed to work purposefully for the future of the country and to create an atmosphere in which all people — men and women — could live a comfortable life.

The Taliban e overran Kabul on August 15 and currently they control the entire country apart from Panjshir.