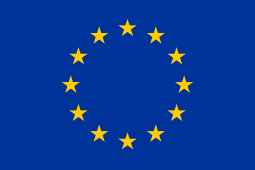 KABUL (Pajhwok): A group of 15 European Union member states have agreed to take in 40,000 Afghans for resettlement, Commissioner Ylva Johansson said after meeting interior ministers of those countries.

Germany will accept the bulk of the new arrivals, with 25,000, with the Netherlands accepting 3,159, Spain and France 2,500 each, and other countries in lower numbers, according to a document seen by the AFP news agency.

The United Nations high commissioner for refugees had previously urged the bloc to accept 42,500 Afghans over five years, but some of the 27 member countries had resisted

There are an estimated 85,000 Afghans who have fled their homeland into countries nearer the EU, and the Taliban’s capture of power on August 15, coupled with a fierce drought, could trigger new flows.

During the aftermath of the chaotic US military withdrawal after 20 years of war and the return of the Taliban regime, 24 EU states have already taken in 28,000 evacuees.

But UNHCR chief Filippo Grandi has warned that 85,000 Afghans who are living in vulnerable situations outside the bloc need resettlement, and has urged Europe to take half.

Johannson had previously described this goal as “doable” but she still had to persuade member state governments, only confirming the figure after the meeting on Thursday.

The 40,000 Afghans are part of a larger 60,000 package of resettlements and humanitarian admissions pledged by member states, according to the document seen by AFP.

In the larger global envelope, France and Sweden make bigger pledges of 5,000 and 4,200 resettlements, but these will not necessarily be Afghans. Belgium promised places for 425 Afghans and 1,250 others.