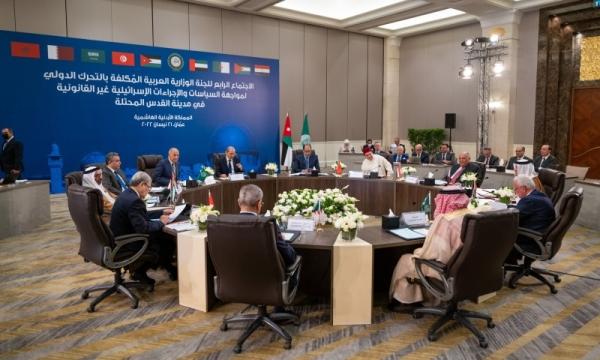 ATLANTA (Pajhwok): The Arab Ministerial Committee condemned the Israeli violations against worshipers in Al-Aqsa Mosque, which escalated during the past few days and led to hundreds of injuries and arrests.

This came from a press release issued by the emergency meeting in the Jordanian capital, Amman on Thursday to discuss the recent Israeli escalation in Jerusalem’s Al-Aqsa Mosque and ways to stop it and restore peace. Saudi Gazette reported on Thursday.

In its statement, the committee rejected Israel’s actions to divide Al-Aqsa Mosque in any way possible and denounced their violations of international laws.

The Committee also stressed that Israel should respect the historical and legal status quo in Al-Aqsa Mosque, and return to what it once was before 2000, to ensure respect that Al-Aqsa Mosque, with an area of 144 acres, is a place of worship purely for Muslims.

The statement called on the International Community and the Security Council to take responsibilities in maintaining UN charter and international peace and security, and to implement its resolutions related to Jerusalem.

The statement stressed the need for Israel to stop the escalatory practices in all the Palestinian territories, lift the siege on the Gaza Strip, and stop all measures that threaten security and peace, and undermine the two-state solution and the chances of achieving comprehensive peace.