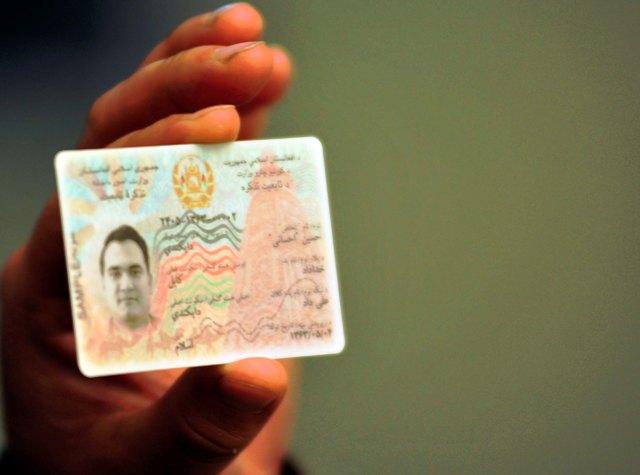 KABUL (Pajhwok): The printing of Computerised National Identity Cards (CNICs) has been suspended till further orders by the government, but applicants’ registration and biometrics will continue as usual, a well-placed source said on Monday.

Information from one of CNIC branches shows blank cards are printed abroad but the registration, biometrics and other processes are conducted inside Afghanistan, The final printing is also conducted in Kabul.

Pajhwok Afghan News has received a copy of an official statement that was sent to CNIC branches in Kabul and the provinces on July 23.

The statement directs branch managers to send CNICs for printing until 2pm. Control officers have been asked not to send IDs for printing after 2pm until further orders because of technical issues.

The statement added officials could register new applicants by receiving their files for evaluation, conducting biometrics and returning files to applicants until the reactivation of the system.

Another source in the National Statistics and Information Authority (NSIA) confirmed to Pajhwok that blank ID cards were not currently available.

The source said that two months ago, a company had promised to print blank CNICs. But the promise has not been kept so far, according to the official.

Requesting not to be named, the source believed the problem would be resolved soon. However, he did not say when new blank CNICs would be printed.

Another source also confirmed that NSIA had run out of blank cards. As a result, he explained, the printing of new e-IDs had been suspended.

“We fill out registration forms, collect fees from applicants and tell them to come back when the problem is resolved. Their e-ID cards will be sent then for final printing.”

Zabihullah, a resident of Kabul’s PD-9, said he had gone to e-ID card distribution centre to get his CNIC, but the officials on duty told him to come again after the technical problem resolved.

Over the past several days, Zabihullah said, he had been demanding a solution to the problem. He urged the government to address the issue as soon as it could.

Some other residents also shared with Pajhwok their views about the suspension of CNIC printing for technical reasons. They asked the government to solve the technical issue because they needed e-ID cards.

In the not-so-distant past, NSIA gave applicants two months for the printing and preparation of their CNICs due to a shortage of blank cards.

The issuance of e-ID cards began on May 3, 2018 across the country. NSIA says a total of 8.2 million CNICs have been issued since the start of the process while 2.1 million were issued after the political change in the country in August last year.