6 Pakistanis jailed for sloganeering at Masjid-e-Nabawi 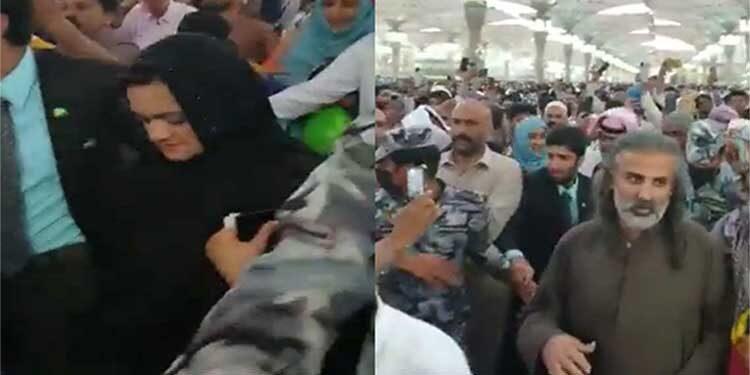 6 Pakistanis jailed for sloganeering at Masjid-e-Nabawi

In April this year, a group of protesters, allegedly belonging to the PTI, violated the sanctity of the Masjid-e-Nabawi after they loudly chanted slogans against Prime Minister Shehbaz Sharif and members of his delegation, as they entered the mosque to pay their respects at the Roza-e-Rasool (PBUH).

Upon the arrival of PM Shehbaz and his delegation to the mosque, the protesters started chanting slogans of “chor, chor (thieves)” when they saw the premiere and harassed and raised objectionable slogans against Marriyum Aurangzeb.

The protesters also misbehaved with the Jamhoori Watan Party (JWP) chief and federal Minister for Narcotics Control Shahzain Bugti. The protesters filmed the entire episode with their mobile phones.

Following the incident, political and religious leaders and people belonging to different sections of the society expressed their outrage at the incident and strictly condemned the chanting of political slogans at Masjid-e-Nabawi (PBUH).