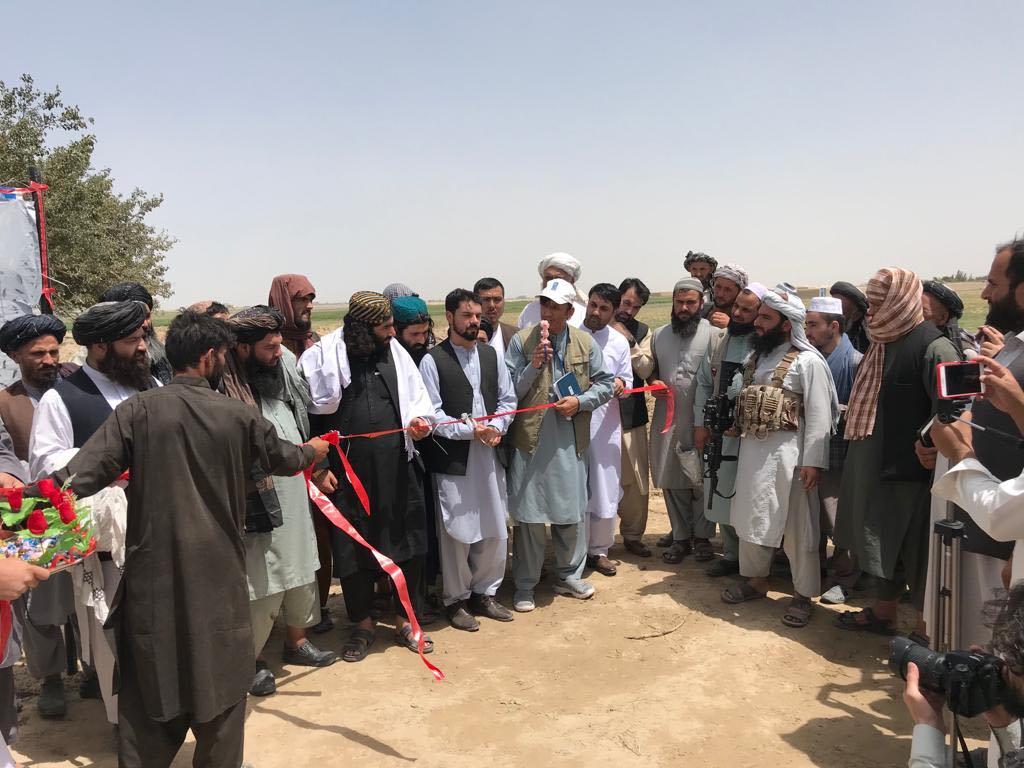 MAZAR-I-SHARIF (Pajhwok): The Swedish Committee in the north is constructing a 1.5 kilometer irrigation canal named “Abadi” in the Dawlatabad district of northern Balkh province.

The canal, a 9 million afghanis project, will irrigate about 8,500 hectares of land in Dawlatabad district and directly benefit more than 2,000 families.

Engineer Idris Amiri, in charge of the project, said the canal’s construction would help prevent water losses besides irrigating thousands of hectors of land in the district.

Meanwhile, some residents of Dawlataba district expressed happiness over the launch of the canal project as they complained about the lack of water amid prolonged drought.

Haji Khan Muhammad, a resident, said farmers desperately needed irrigation water in the wake of prolonged drought: “We have not seen a drop of water in the past few months, you can see all the streams are dry and there is no water.”

Maulvi Kamaluddin Zahid, the Dawlatabad district chief, said the people of the district endured difficult days due to drought and past insecurity, and now they wanted aid giving agencies to help them.

He said the people of Dawlatabad district faced many problems and they lived in an area worst hit by the drought that had forced some families to migrate to other areas.

The majority of Dawlatabad residents are associated with farming and they suffered economically due to the ongoing drought.