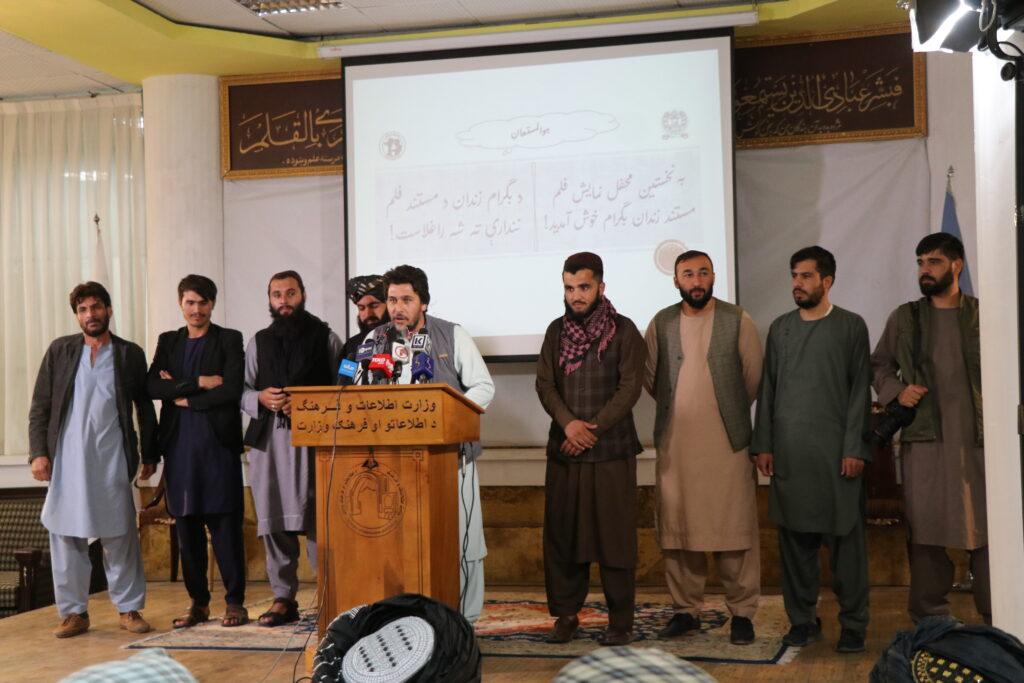 Bagram Air Base, north of Kabul, was the largest military base of American forces in Afghanistan after 2001, but after the withdrawal of foreign forces from Afghanistan more than a year ago, the authority of the facility has been with the Ministry of Defense.

According to reports, the Americans imprisoned thousands of Afghans in Bagram prison during their presence in Afghanistan.

The Afghan Film Department of the Ministry of Information and Culture today screened a documentary film about Bagram prison, showing atrocities committed by the Americans on prisoners.

Mohammad Zarif Darwish, producer of the film, said at the film’s presentation in Kabul that the film was made in about eight months.

He said they were concerned the film-making culture would disappear in the country with the Taliban’s return to power, but on the contrary, the film-making activities had now become stronger and the government was also supporting it.

In the documentary, high walls and narrow rooms of Bagram prison can be seen. People who spent their days and nights in Bagram prison and how they were arrested and mistreated in the prison, beating them, cutting off water and electricity during prayers and keeping them in cold rooms in winter and other atrocities are shown.

Shafiullah Javed Afghan, the head of Afghan film, said the Americans had committed a lot of atrocities in Afghanistan, they tortured and imprisoned people and these atrocities should be documented and presented to the people.

He said if documentaries about the atrocities of the Americans were made and shown to the public, the next generation would understand that foreigners never wanted to build Afghanistan.

Deputy Information and Culture Minister Maulvi Atiqullah Azizi said the documentary was an example of American atrocities. He said the Americans imprisoned many innocent Afghans for years.

According to reports, even during the presence of American forces in Afghanistan, some human rights organizations had expressed concern about the situation of prisoners in Bagram jail.

There were reports that prisoners in Bagram jail were being tortured and most of them did not know what crime they had been arrested for.