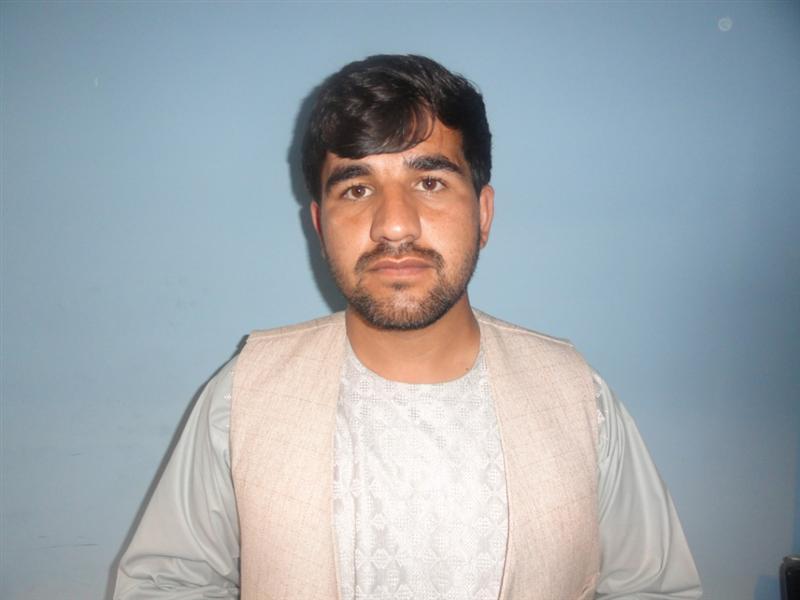 KABUL): Reporter Ahmad Omaid Khpalwak made his last phone call to Pajhwok Afghan News at 12:11 pm, less than an hour before he was killed during an organised suicide attack on government buildings in central Uruzgan province on Thursday.

Khpalwak was among 19 people killed in fighting that erupted after six suicide attackers stormed government buildings in Tirinkot, the provincial capital.

Before the attack, Khpalwak attended a graduation ceremony of a police contingent in the city. He phoned Pajhwok’s main office in Kabul, saying he would send the story and pictures after lunch.

After the call, he went to his office, which was housed at the government Radio and Television Department. The bombers launched their attacks at around 12:20pm.

Minutes later, when reports came out, Pajhwok editors tried to contact Khpalwak, but his telephone was out of service.

After other attempts to reach people in Tirinkot, Pajhwok called Khpalwak’s brother Javed. Javed said Khpalwak had sent an SMS, asking family members to pray for his safety.

Around 3:30pm, Uruzgan public health director, Khan Agha Miakhel, said the body of Khpalwak had been brought to the hospital from the site of the attack.

Javed said his brother was inside the compound when the fighting began.

After he was called by hospital authorities, Javed arranged an ambulance at around 3:15pm to take Khpalwak’s body home. The reporter had been hit by 20 bullets on different parts of his body, the brother said.

Khpalwak sent his last report to Pajhwok Afghan News last night, about an attack on the provincial Hajj and Auqaf director, who sustained injuries in the assault.

He also filed a story about an interview with a detained would-be suicide bomber on Wednesday.

Ten days before, he had written about the death of former Uruzgan governor and President Karzai’s adviser Jan Mohammad Khan.

Khpalwak, son of Ghulam Nabi, was born in 1987 in the Khair Khana locality of Kabul City. He graduated from the Saidal Khan High School in Tirinkot in 2006.

He worked for Pajhwok Afghan News, Radio and TV Network of Uruzgan and National Communication Coordination Centre at the Ministry of Information and Culture.

The Uruzgan Radio and Television Department head, Ali Ahmad Khushal, said that Khpalwak’s family had migrated to Kabul due to insecurity in his native village. His father has a government job in Kabul.

After his graduation, Khpalwak joined Pajhwok Afghan News as a freelancer in 2007 and later came on staff. A few years later, he began working for the BBC radio’s Dari Pashto service.

He had attended a number of workshops and seminars in Kabul. Two years ago, Khpalwak married, and his first-born daughter was just a month old.

When Pajhwok renewed contracts of its employees recently, Khpalwak wrote that he had been honest in his work for Pajhwok Afghan News and was able to provide news to the organization on time.

Khushal said Khpalwak was a polite, decent and honest person and had good relations with his colleagues.