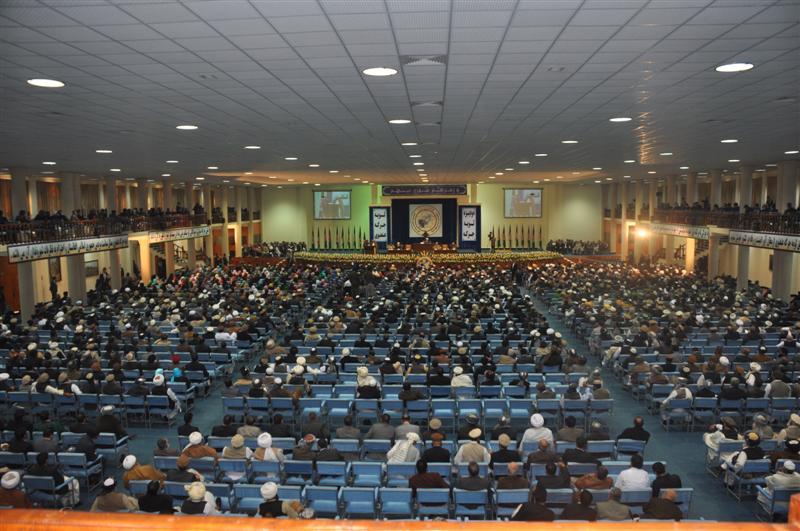 KABUL and the US government. But the Haq Wa Adalat party welcomed it.

Respecting Afghanistan’s national sovereignty, the long-awaited agreement was inked in accordance with the recommendations of last year’s traditional Loya Jirga and the United Nations Charter.

Speaking on behlaf the Afghanistan National Front, Wahid Muzhda told Pajhwok Afghan News: “The strategic accord was signed in a rush and without any consultation with political parties and parliamentarians”

“Signing of the agreement in such a haste amounts to a betrayal of the national assembly and the people of the country, who don’t know what will happen after it,” Muzhda remarked.

He said the visiting US leader had made two questionable statements at the signing ceremony.  “Obama first said they are talking to the Taliban and their liaison office would open in Doha, but later he vowed to defeat them.”

He deared the accord would fuel the war in Afghanistan until 2025 and American troops would remain in the country inside their bases.

He added:”Only two recommendations of the traditional Loya Jira — the transfer of prisons and nighttime raid controls to Afghan forces — have been considered in the agreement.”

“Why President Hamid Karzai is deceiving the people and hiding reality from them? He has all along insisted that all recommendations of the jirga will be implemented.”

Similarly, National Coalition of Afghanistan spokesman Syed Fazal Sancharaki claimed that the much-touted strategic pact was in conflict with the recommendations of the jirga.

Under the accord, the Karzai administration should focus on good governance, election reforms, fight against corruption, strengthening Afghan security forces and dispensing justice to the masses, he suggested.

He added both parties to the agreement must acknowledge the importance of combating corruption and creating mechanisms to improve the effectiveness of US assistance.

However, the Haq Wa Adalat party welcomed the pact as a key step toward a bright future for Afghanistan. It urged Afghan and US presidents to remain committed to implementing the agreement.

“Given the current economic and political situation in the country, we believe reaching the agreement is a positive step toward preventing interference from neighbouring countries, ending the proxy wars and maintaining stability,” a statement from the party said.