Heart of Asia meeting hailed as a success 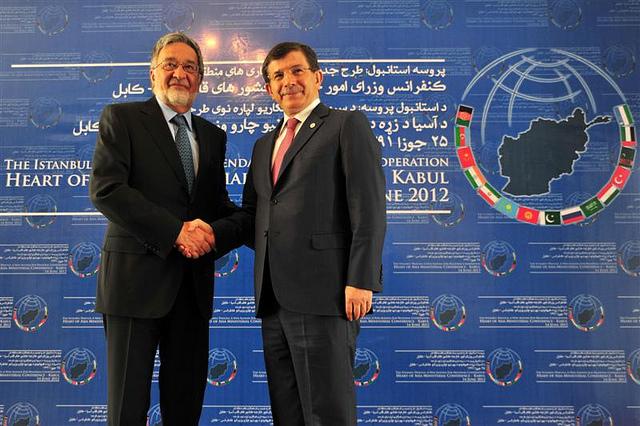 Heart of Asia meeting hailed as a success

KABUL and Turkey on Thursday said the Heart of Asia Conference in Kabul was a success, with regional countries agreeing on joint political consultations and continued cooperation in line with the Istanbul process.

Rassoul said participants of the gathering had agreed on seven confidence-building measures and that a follow-up meeting would take place in Kazakhstan next year.

To a question, he said common threats and interests were discussed at the conference and decisions made there could benefit all participating countries. He identified the war against terrorism, drug trafficking, mutual trade ties and cooperation in education as matters of common interest.

For his part, Turkish Foreign Minister Ahmad Daud Oglo assured the decisions of the conferees would be implemented as more meetings on the commitments would take place in the future. In case of need, some important issues concerning Afghanistan would be discussed at the United Nations General Assembly.

To a question, Rassoul said that Afghanistan would never create problems for Iran, saying that Kabul had no problem with Tehran, despite the presence of foreign troops on Afghan soil — a sensitive issue for the neighbour.

He said the strategic cooperation deal with the US guaranteed that Afghanistan’s soil would never be used against a third country, hoping that improved regional cooperation could resolve the issues facing Iran.

Oglo said Afghanistan and Turkey had agreed to sign a strategic deal, hoping the accord would be inked in the near future.