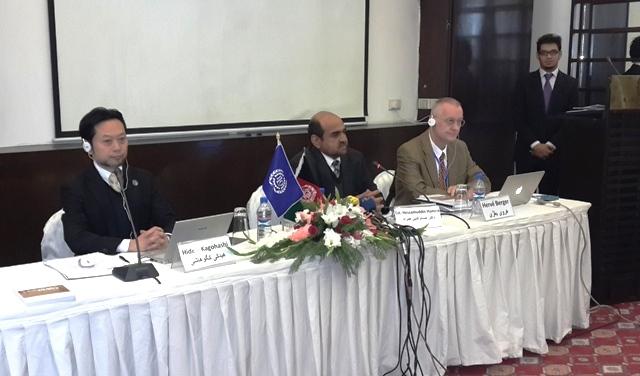 KABUL (Pajhwok): The International Labour Organisation (ILO) on Wednesday said the situation of Afghan children working in brick kilns was appalling and called for the creation of an inter-ministerial body to deal with the issue.

ILO senior coordinator/representative for Afghanistan Herve Berger told a joint press conference with Afghan Ministry of Labour officials in Kabul that the UN agency had a conducted a survey interviewing 400 children at brick kilns in Kabul’s Deh Sabz area and Nangarhar’s Surkhrod district.

He said the survey revealed the children worked in kilns lived in bad conditions compared to other children keeping in view characteristics of their physical and social maturity.

He said a number of child labourers told them that some of their fellow child workers had died and injured during work. The survey found one among five children suffered from respiratory problem and 70 percent children felt insecure in kilns.

The ILO recommended the creation of an inter-ministerial body, observation of brick kilns, creating awareness among parents and kiln owners about safety of these children and providing education facilities to them.

“Child labour prolongs the chain of poverty and sending children into hard labour deprives them from becoming constructive citizens. The aim of our survey is to provide essential information to policy-makers to gradually resolve the issue of children working in brick kilns.”

The ILO official said they would launch a mega project aimed at sending children from brick kilns to school in cooperation with the Afghan government, the United Nations and other organizations.

Deputy Labour and Social Affairs Minister Hassamuddin Hamrah acknowledged the situation of child labourers in Afghanistan was of great concern and most such children worked for many hours a day.

He said hard labour threatened health and life of children and currently 1.9 children have been pushed into hard labour in Afghanistan.

He said his ministry had initiated programmes in five provinces to prevent children from being forced into hard labour. Giving monetary assistance to parents of such children was part of the programmes, he said, but did not go into further details.