Azure worth 1b afs seized in Badakhshan 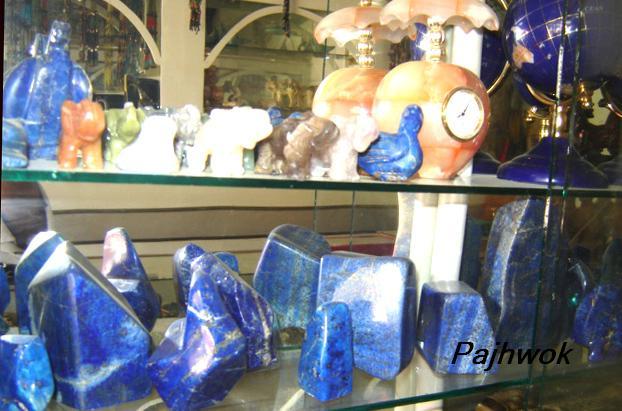 Azure worth 1b afs seized in Badakhshan

Local officials say azure is extracted from a mine located in Keran wa Menjan district and smuggled by trucks to Faizabad, the provincial capital.

The azure in Badakhshan is known globally for its high quality. Lapis lazuli takes an excellent polish and can be made into jewelry, carvings, boxes, mosaics, ornaments, and vases.

Hidayatullah Hakimi, the head of a stone processing company in Badakhshan, said the 65 trucks loaded with azure stones were stopped in compliance with orders from the president. He had purchased one the truckloads.

He said security officials also ordered their shops to be closed. He said 50 women working in the shops would lose their jobs if they were not allowed to reopen them.

About the value of azure, Hakimi said average price of seven kilograms of the stone was 5,000 afghanis. With that price, the 65 truckloads valued around a billion afghanis.

“We are planning to go to Kabul and talk to the ministry of mines officials to give us back the azure. We will lodge our complaint with the president as well,” he said.

Nasruddin Dawari, a worker in the stone processing company, said their business markedly diminished after the government seized the azure tucks. He said their company would shut if they could not find raw material.

Referring to azure mining, the deputy governor said illegal commanders, including Abdul Malik and Mohammad Sharif, partially controlled the deposits since a year. He said the commanders and their men were extracting the precious stone in a nonprofessional way.

About a month ago, Abdul Zahir Mujaddedi, the police chief for Yamgan district, tried to retake control of the Keran wa Menjan mine but he lost five police personnel to a fight with Commander Abdul Malik.

He said the company won the contract three years ago but faced problems after illegal commanders attacked it. Noori said a private firm made expensive jewelry from the stone and exported some of them to Kabul for processing.

Local commanders buy guns and ammunitions with income from these mines. Some 3,000 illegal gunmen surround the mines. Up to a 40 percent of the income goes to the Taliban based in the Jurm district.

“Security officials have gathered information and have referred the case to the Presidential Palace,” the director said.

Deputy Governor Baidar said: “The Taliban get around a 40 percent of the income. Now they are in total control of Khostak locality of Jurm.”

He added some 135 families of militants hailing from Tajikistan, Uzbekistan, Chechnya and Pakistan had a strong presence in the area and security could not be improved with clearing operations last month.

Baidar called for immediate measures to clear the area from fighters. “Many times, we have referred the matter to the National Security Council and the Presidential Palace. They say the districts are remote and a ground offensive will inflict more casualties on security forces. Now we await foreign air support.”

A contract for extraction of the stone was awarded to a local mining company 15 years back, but local officials say a part of the mines is controlled by Commander Abdul Malik.

The deposits in Badakhshan are estimated to hold around 1,290 tonnes of azure. Afghanistan produces around five to ten tonnes of the precious stone annually and a major portion of it is exported to neighboring countries.

Local officials say they are worried about illegal extraction of gold in the Raghistan district.

The deputy governor said six people were killed in a fight to gain control over the gold mines last month and security forces had detained eight people in connection with the incident.

According to him, currently 3,000 people were busy searching for gold in the area and a 50 percent of the income went to the Taliban.

“We ordered the police to prevent this illegal mining. The mines department should reach an agreement with the people and the digging should take place under government supervision,” he added.

Abdul Wadood from Raghistan district said local people’s only source of income was gold and they earned two to three thousands afs a day.

He claimed if the government cut this source, they would be unable to find another income source and as a result, fighting in the area would escalate.