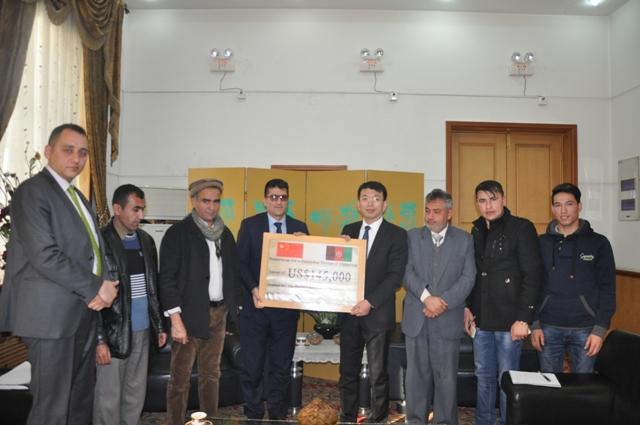 Yao Jing, who travelled to northeastern Badakhshan province, said his country was concerned about the security situation in the province.

He called terrorism “a regional and international problem” that required global struggle to be eliminated. “We hope the US’s new military strategy would be helpful for Afghanistan,” he said.

“We are seriously concerned about the East Turkestan Islamic Movement (ETIM) fighting alongside the Taliban. A trilateral agreement between China, Afghanistan and Tajikistan has been signed for fighting terrorism, we support peace and stability in Afghanistan,” he added.

During his meeting with Badakhshan governor and people, the Chinese envoy promised connecting Badakhshan with China through the fiber optic network soon.

Nasratullah Nail said the lack of standard healthcare centers was main problem in his district and as a result mothers lost lives during childbirth. “Lack of school buildings, electricity and asphalted roads are other problems,” he added.

Jing said his country was ready to help Badakhshan people through small projects in education sectors and construction of roads.

He asked Badakhshan officials to share their suggestions with the Chinese Embassy. “The aim of our trip here is to assess problems of Badakhshan people, particularly people of border districts, we are committed to helping Badakhshan people and we are reviewing the situation as to how we can assist,” he concluded.