The Secretary General received operational briefings from senior military leaders at NATO’s Train Advise and Assist Command in Kandahar, and addressed troops from Allied and partner countries together with General Nicholson, the Commander of the NATO-led Resolute Support mission.

Stoltenberg and Mattis pledged continued support for Afghanistan and vowed to not allow the country to once again become a safe haven for international terrorists. 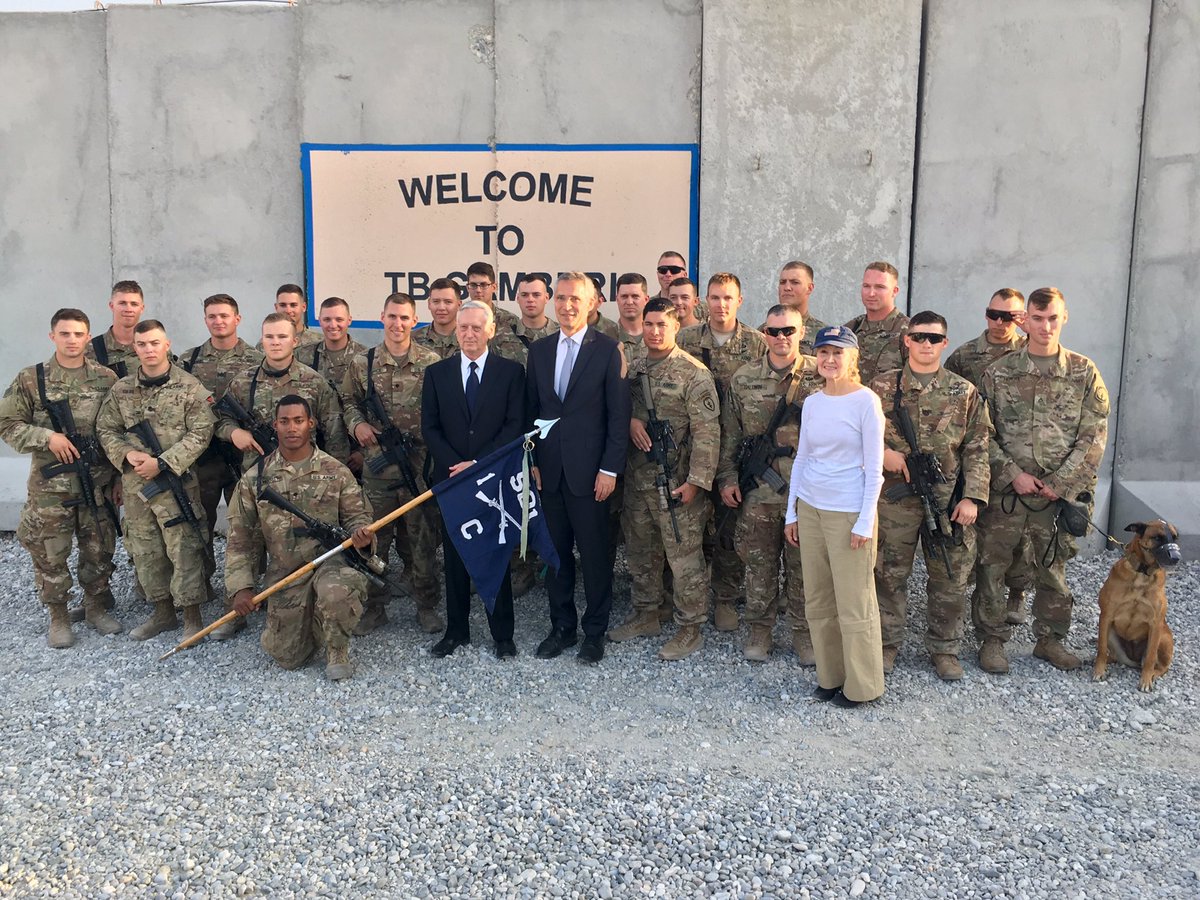 During a visit with President Ghani in Kabul, the two secretaries reaffirmed their partnership and pledge to an Afghan led-reconciliation effort to bring the conflict to an end.

Speaking directly to the Taliban, Stoltenberg said the group cannot win on the battlefield and encouraged them to come to the negotiating table.

“NATO doesn’t quit when the going gets tough. We keep our promises. That is why I very much welcome that many nations have pledged further contributions,” he said. Secretary Mattis reinforced Secretary General Stoltenberg’s comments, “the sooner the Taliban recognizes they cannot win with bombs, the sooner the killing will end. The only path to peace and political legitimacy for them is through a negotiated settlement,” said Mattis.

“This was a very important and successful visit,” said General John Nicholson, Resolute Support Commander. “The Secretary General and Secretary Mattis reaffirmed our commitment to our Afghan partners and thanked our soldiers for their sacrifice and service to make all our homelands safer from the scourge of terrorism.”

During this visit to Afghanistan together with U.S. Defense Secretary James Mattis, Secretary General Stoltenberg stressed NATO’s support for the Afghan people, for the government’s reforms, and for an Afghan-owned and led peace and reconciliation process.

Speaking in Kabul on Wednesday (27 September 2017) Stoltenberg acknowledged that NATO’s presence in Afghanistan has come “at great human cost”, but stressed that the costs of leaving would outweigh those of remaining. “If NATO leaves, we risk Afghanistan returning to a state of chaos: a safe haven for international terrorism.”

Stoltenberg added that “NATO doesn’t quit when the going gets tough”, welcoming pledges by many nations to make further contributions to the NATO-led Resolute Support Mission to train, advise and assist the Afghan security forces and institutions.

The Secretary General welcomed the fact that the Afghan forces “have come a very long way” with NATO’s help, and that they now “lead the fight against the Taliban and international terrorist groups”. 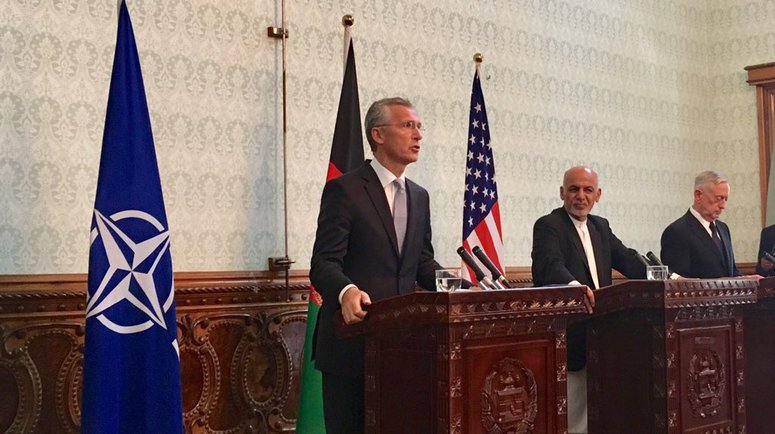 In their meetings, the Secretary General, President Ghani, Chief Executive Abdullah Abdullah and Secretary Mattis discussed the security situation in Afghanistan and reviewed the government’s reforms.

Stoltenberg underlined that “we count on the Afghan government to make good on its commitments”, including reforms on rule of law, fighting corruption and protecting the rights of women and children.

He further welcomed President Ghani’s initiative for peace and reconciliation, encouraging “all countries in the region to support this process”. Stoltenberg emphasised that NATO was committed to funding the Afghan security forces until at least 2020, and would continue to provide almost $1 billion in financial support each year.

The Secretary General also met separately with General John Nicholson, the Commander of the Resolute Support Mission and Ambassador Cornelius Zimmermann, NATO’s Senior Civilian Representative in Afghanistan, as well as with representatives of the Afghan civil society.