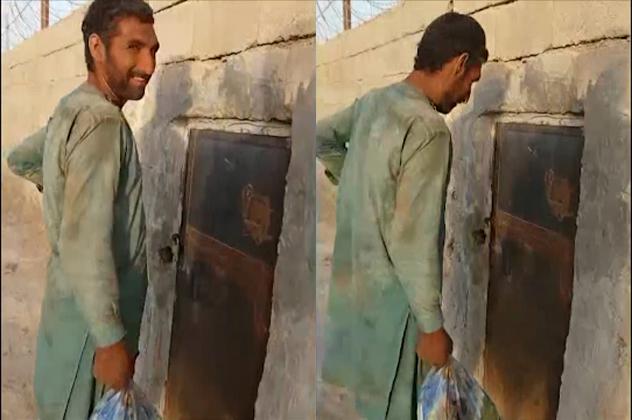 FARAH CITY (Pajhwok): Drugs are openly sold in some areas and even close to the police headquarters in the capital of western Farah province.

In Farah City, the provincial capital, Qala-i-Faraidon, Bagh-i-Kafi, and Chahar Bagh are areas where drugs are apparently sold and have most drug addicts.

A Pajhowk Pajhwok Afghan News reporter visited these areas and discovered a house in Lab-Gora area used for selling drugs near the police compound. The gates of the house having some rooms are always found closed but addicts obtain drugs from it.

Khwaja Mohammad, 35, a resident of Kunsak area, was taking heroin and was in a bad condition in Qala-i-Faraidon area. He said: “There are houses around Shahr-i-Kohna named Saqiha and people buy drugs from them.”

Abdul Bari, 28, another addict, confirmed Khwaja Mohammad’s account and said “Drugs are sold in specific areas, if you don’t believe me, so give me money to bring it.”

“Drug sellers have built new houses, they drive in latest cars. But the government can tell them something because they put money in pockets of officials, the government only beats and harasses addicts,” he continued.

Abdul Ghani, 30, another addicted in the area, said he used to buy drugs from a house in Chahar Bagh area.

Yet another addict, who spoke on the condition of anonymity, said many drugs addicts obtained drugs from houses in Bagh-i-Kafi and Lab-i-Gorak areas.

Abdul Karim, a resident of Chahar Bagh area, said: “We are tired of the illicit drug commerce and in trouble of this; I hope the government would pay serious attention because robbery incidents and the number of addicts have recently increased in our area.”

Another resident, who declined to be named, complained that drugs had long been openly sold and purchased in Shar-i-Kohna area. He said government officials were taking no real action to stop drug trade and they might be complicit in the crime.

He said: “Drug addicts steal anything from people’s houses to buy drugs. Many times people had complained to security organs to close the drug business, but no any action was taken in this regard.”

Shala Abu Baker, a public representative, said: “We have received information that drugs are openly sold in the city, robberies are also increased, and we have shared the issue with authorities and we are investigating the issue.”

Mohammad Younis Rasouly, the governor’s spokesman, said “Unfortunately our police do not have necessary training, some are themselves addicts. Police are given the task to arrest drug sellers, they take bribe and say there was nothing, the shops were closed.” He promised to prevent the business of drugs.

Police chief Gul Bahar Mujahid said they had received no information in this regard. “If we get information, we will take action.”

According to UNODC, the number of drugs addicts increased by 45,000 between 2013 and 2004. Drugs are a major challenge in Afghanistan, threatening the country’s youth.

According to a UNODC survey about 3.6 million people are addicted to various drugs in Afghanistan. In the past 15 years, huge amount of money was spent in Afghanistan by international community to eradicate production and cultivation of narcotics, but the intoxicants have increased, compared to 2001.

The Afghan government and UNODC in a joint report have said that the products of narcotics have increased by 87 percent in the ongoing year.

Based on the report, the land cultivated with narcotics reached 328,000 hectares compared to 201,000 hectares last year.