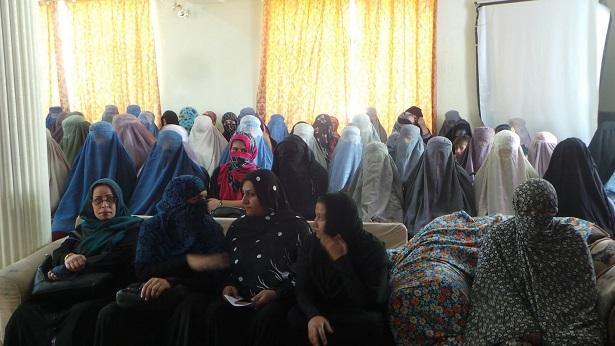 KANDAHAR (Pajhwok): Many widowed and unaccompanied women in southern Kandahar province have asked the central government to provide them with jobs in order to give their children a decent life.

Saima, 36, a resident of 2nd police district of Kandahar City, the provincial capital, said her husband was killed in a landmine blast, leaving behind her, their three children and his mother.

She said poverty forced her into hard labor but she had been unable to meet her family’s economic needs. She urged the provincial administrations to pay serious heed to their situation.

Naseema, another similar woman, said she was searching for a job but had not been able to find one. She told Pajhwok Afghan News the loss of her husband and hungry children coerced her into begging.

She had worked at homes of many rich people against a small amount but lost the job soon.

Not only these two women are struggling to survive after being victimized by the conflict but hundreds of others are leading their lives unsheltered and with unknown fate.

She said efforts were underway to improve women’s lives. “We have solved many legal cases of women during the ongoing year besides imparting vocational training to help them work and earn money.”

She informed they had recorded 185 cases of violence against women and most of the cases had been resolved and decided by the department.

She added unfortunately many women were being subjected to domestic violence and 80 percent of such incidents happened in districts.

She linked the increase in cases of violence against women to the ongoing conflict, low level of education and cultural extremism.

She said the Women’s Affairs Department was trying to prevent such incidents but take more time and work was needed to discourage the crimes. According to Achakzai, efforts are underway to provide poor women with jobs.

Women in Kandahar city are satisfied with their situation, but in remote areas and districts they are facing challenges and problems and are deprived basic life facilities.