KSA makes all efforts to facilitate pilgrims for Hajj, Umrah 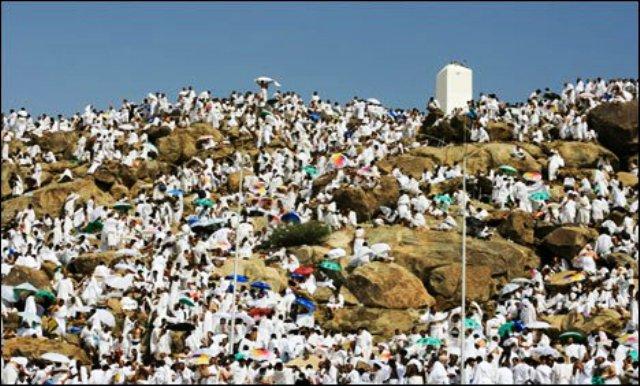 KSA makes all efforts to facilitate pilgrims for Hajj, Umrah

KABUL maintained cordial relationship and the leaders of two countries have been interested to enhance the strategic relation in all fields, according to diplomatic sources in the kingdom.

Saudi Arabia was the heart of Islam and Afghanistan was the strategic depth to the kingdom. Riyadh under the leadership of the custodian of the two holly Mosques King Salman bin Abdulaziz has conducted the largest expansion of the Grand Mosque and Umrah pilgrims every year, according to the Saudi information and cultural affairs ministry.

The construction railway service between Macca and Madina at the cost of 60 billion riyal was another effort offered by the kingdom to facilitate the pilgrims.

However, the Saudi government is against any attempts to politicised Haj or internationalisation of Haramin administration since Kingdom has successfully managed to organise all Haj seasons perfectly.

Any attempt by any country or organisation to politicise or internationalised the Harmain is not acceptable to all countries since the government of Saudi was successfully managing Hajj Season with perfection.

Paenda Hekmat, advisor to Chief Executive Office on gulf affairs, said no government or organization without the government of Saudi Arabia could better administer Hajj and Umrah affairs.

He told Pajhwok Afghan News Saudi Arabia has been involved in administering Hajj and Umrah rituals over the past decades and had greater experience in this regard.

He condemned Iran and some other Islamic countries for promoting the internationalisation of Hajj and Umrah management and termed it an effort to politicise the holy rituals of Hajj and Umrah and achieve personal goals.

He said Iran’s demand to hand over the protection of holy mosques to third Islamic country or a joint group of Islamic countries was impossible and added the demand was a red line for Saudi Arabia and would never be accepted because the move would raise question over the sovereignty and territorial integrity of Saudi Arabia.

Hajj is considered as one of the fifth pillar of Islam and Saudi Arabian government would never compromise on security of pilgrims rejecting any attempts to politicised or trying internationalised the HA Haj.

Saudi Arabia and Afghanistan relations is time tested and leader of the two countries are very keen to enhance the strategic relationship in all fields. The Afghan governments is fully supported all measures by SA to safe guards the security of Pilgrims rejects any attempt to politicize Haj or internationalisation of Haramain administration.

The organization of Hajj and Umrah along with services to pilgrims is one of the top priorities of the Saudi Arabian Government and a continuing historical role for Muslims all over the world.

A Saudi source at the Minister of Culture and Information while replying a question said the Custodian of the Two Holy Mosques King Salman bin Abdelaziz has made every effort to serve Hajj and Umrah pilgrims from various countries so they can conduct their worship peacefully .

The 2030 Vision of Saudi Arabia which was introduced by Prince Muhammad bin Salman is based on three pillars, namely, making Saudi Arabia the heart of the Arab and Islam world, making the country a global investment powerhouse, and making Saudi Arabia a hub that connects three continents of Asia, Europe and Africa.

The Afghani government has stated its support for Saudi Arabia’s 2030 Vision which has been launched by the Crown Prince of the Kingdom, Muhammad bin Salman One of the expectations included in the 2030 Vision is the Saudi Government’s plan to enhance the number of hajj and Umrah pilgrims besides providing good services to 30 million Hajj and Umrah pilgrims by 2030 The plan stems from its success in managing the largest Umrah season, allowing nearly 6.5 million worshipers from around the world to perform worship in the holy land.

The government of the Custodian of the Two Holy Mosques King Salman bin Abdulaziz Al Saud has extended all efforts to serve Hajj and Umrah pilgrims as part of its Islamic duty, and it will keep rendering such services for the sake of Allah’s guests,”? Afghan – Saudi relation is time tested and Afghani government is working fully with SA to combat terrorism and project the Islamic moderation.