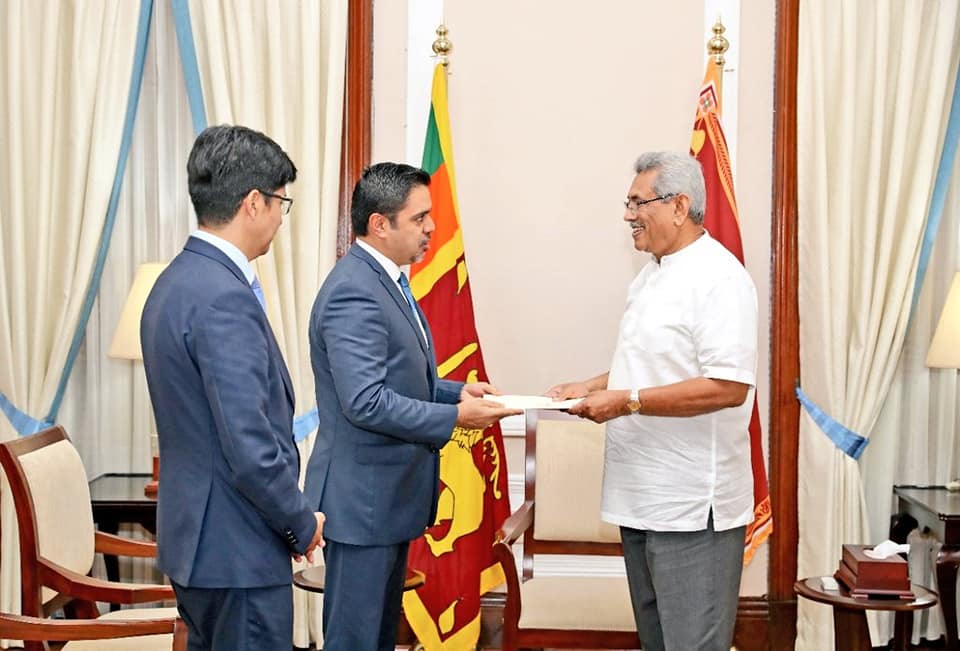 They discussed issues of mutual interest and the need for further cooperation, a statement from the government said.

Haidari briefed Rajapaksa on the status of Afghanistan-Sri Lanka ties, implementation of MoUs and agreements signed between the two countries.

The ambassador also briefed President Rajapaksa on his recent provincial visits, promoting ties between Afghan and Sri Lankan provinces and cities, including a sister-city relationship between Kabul and Kandy.

The Sri Lankan president shared some of his country’s war-to-peace-transition experiences to be learnt for an end to the war in Afghanistan and achieving sustainable peace.

Both sides agreed on the need for further expanding bilateral relations, with Gotabaya promising to visit Afghanistan.