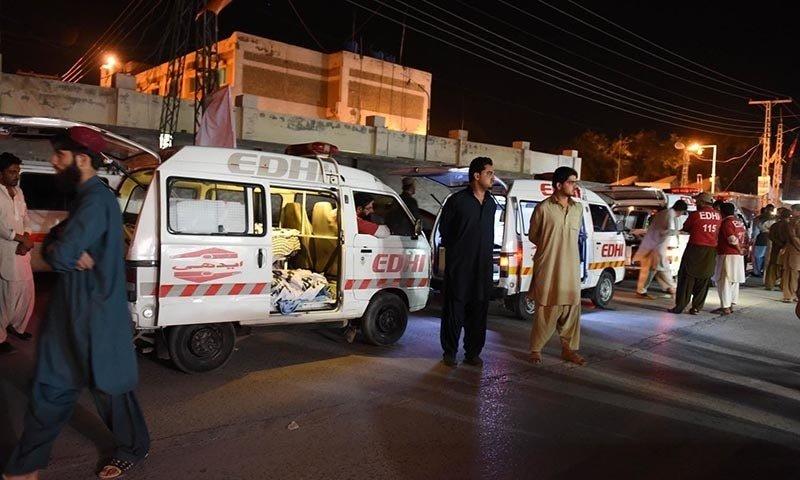 PESHAWAR (Pajhwok): Four paramilitary troops have been killed and two others wounded in a bomb attack in southeastern Balochistan province.

The attack targeted a vehicle of the Frontier Corps in the Khosat area of Harnai district on Saturday, Dawn reported on Sunday.

According to the newspaper, the outlawed Baloch Liberation Army claimed responsibility for the bombing.

The FC soldiers came under attack while patrolling the area. As their vehicle reached the area, an improvised explosive device went off, killing four soldiers and wounding two others.

Security forces rushed to the scene of the attack and evacuated the bodies and the injured to a nearby hospital.

Three days back, two security personnel were killed and five others wounded in an attack in the Awaran district of the restive province.