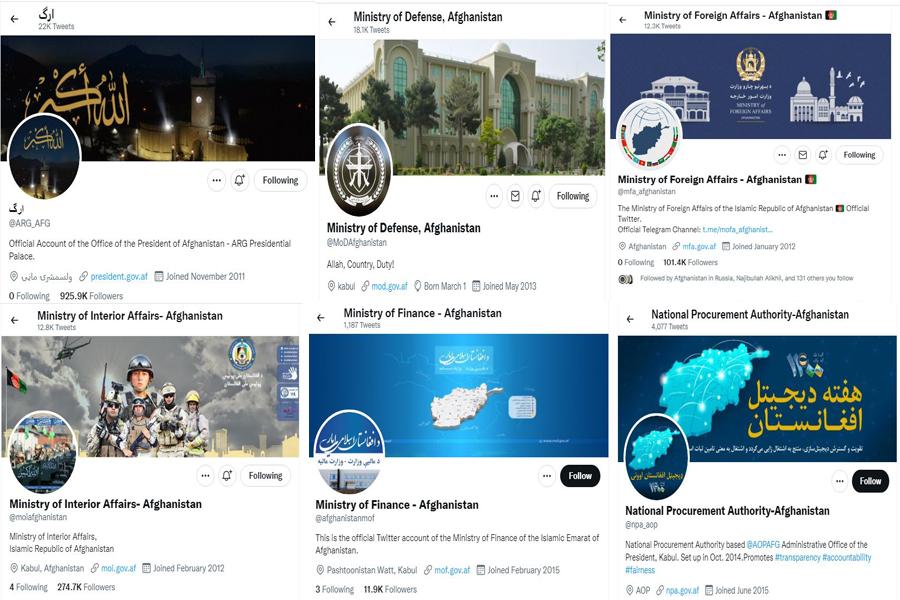 After the fall of former President Ashraf Ghani’s regime no post has been shared on these twitter accounts.

Verification badge from the twitter accounts of these some ministries and intuitions removed at a time when similar badge still in place on the accounts of former President Ashraf Ghani, Karzai, Peace Chairman Abdullah and on Peace Ministry.

In addition, the blue badge has been removed from the account of former vice president Amrullah Saleh but it existed on the account of second Vice President Sarwar Danish.