Dakik vows to seek aid for the disabled, orphans 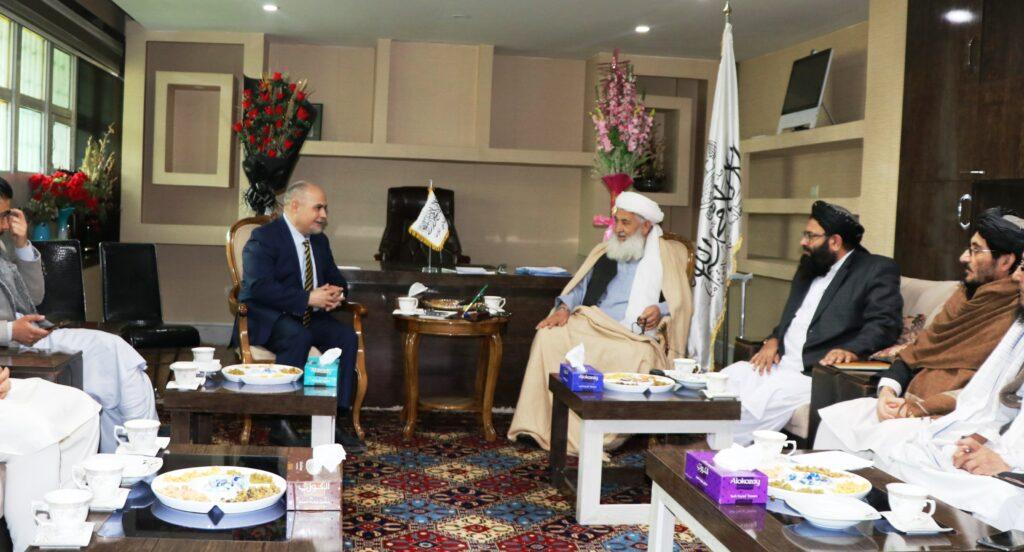 Dakik vows to seek aid for the disabled, orphans

The expert said he was striving to get the attention of Germany and other European countries to the need for improving the living standards of the Afghan people with disabilities and orphans.

Dakik, who arrived in Kabul on March 6, has held meetings with several government high-ups on development and political issues.

On Thursday, he visited Gazak area where, according to the Kabul Municipality, 2,500 tonnes of garbage is transported from Kabul.

Dakik said he had read a Pajhwok Afghan News report on the problems created by garbage storage in Gazak. The report prompted him to visit the area.

He said during a meeting with the deputy mayor of Kabul that the health of area residents, many of them suffering from skin diseases, was an important issue.

He stressed it was important to prevent wastewater in the area from mixing with groundwater.

It was crucial to control this garbage so that it did not cause problems, the expert noted, stressing the need for establishing plants to produce gas from the waste.

Dakik announced he was planning a garbage management scheme in the area that would address the problems being faced by local residents.

Maulvi Ismatullah Asim, deputy head of finance and administration at the Kabul Municipality, said earlier houses had to be built four kilometers from the garbage dump. But now, according to him, houses had been built near the garbage heap.

He said they were striving to deal with these issues. An effective garbage management scheme would be implemented soon, he promised.

Asim told Dakik: “As the deputy head of the Islamic Emirate, Maulvi Abdul Kabir, has told you, we also say you are our representative on municipal issues.”

According to Pajhwok Afghan News report on February 16, former government had decided to stop the supply of garbage to Gazak, a decision that could not be implemented and the delivery of garbage is still ongoing.

Residents of the area have been complaining of the harmful effects of garbage storage and the diseases caused by it.

The municipality said no one had complained about the spread of diseases due to garbage storage. It claimed medicines were regularly sent to Gazak and that it would share the issue of disease spread with the Ministry of Public Health.

At the meeting, Dakik said he was striving to draw the attention of Germany and European countries to humanitarian assistance and improved lives for the disabled and orphans in Afghanistan.

Welcoming Dakik, Majeed Akhund said the war in the country had come to an end and now was the time for Afghanistan’s reconstruction.

He added his ministry had prepared programmes to improve living standards for the vulnerable people, but it did not have the required resources. The ministry is trying to grab the attention of donors.

He said humanitarian assistance was needed by widows, orphans and the disabled and its provision should not be linked to government recognition.

Dakik agreed humanitarian aid was needed not only for the needy but also for people with disabilities and widows.

He commented trying for the country’s development was the responsibility of every Afghan and that he would endeavour to draw the attention of Germany and European countries to the imperative.

Dakik suggested if a factory making prosthetic limbs was set up in the country and the disabled employed there, the special people would be enabled to improve their living standards.

He asked officials of the Ministry of Martyrs and Disabled Affairs to share their problems with him in writing.

Officials informed Dakik how the disabled, orphans, widows and the ministry itself could become self-sufficient.

He responded: “If a hospital with a pharmaceutical is built to manufacture medicine, the revenue from drug sales will be divided into three parts — one spent on meeting expenses of the pharmaceutical and hospital, the second on healthcare for the disabled, orphans and widows and the third going to the ministry.”

The officials said it was not important for foreign countries to pay the Afghan government, but they were confident that Daqiq could deliver assistance directly to the deserving people.