At least 37 killed in attack at childcare centre in Thailand 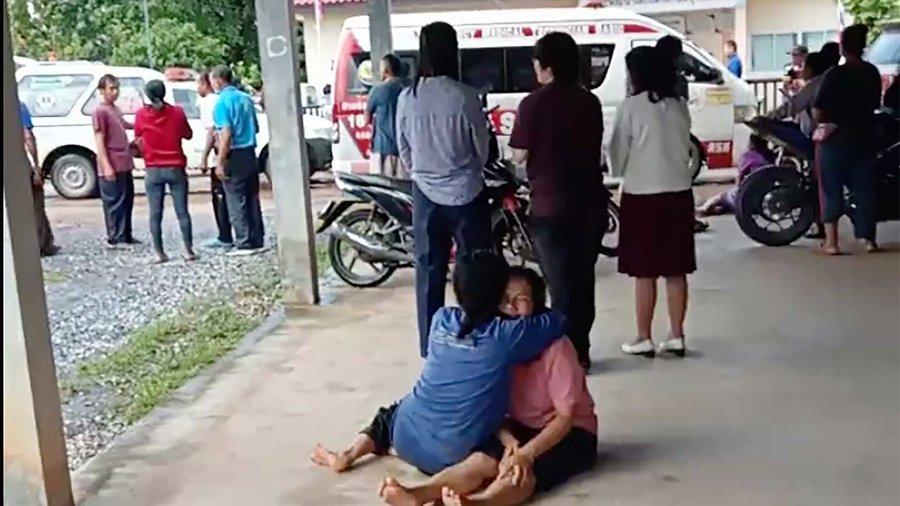 At least 37 killed in attack at childcare centre in Thailand

KABUL (Pajhwok): A former policeman killed at least 37 people in an attack at a childcare centre in north-eastern Thailand. More than 20 children are among the dead, with victims as young as two years old.

The attacker – who killed himself and his family as police searched for him – has been identified as former police officer Panya Khamrab. He was dismissed from the police force earlier this year and was facing trial on drugs charges.

After the attack, he opened fire on and crashed his vehicle into a crowd of bystanders, before returning home and killing his wife and son, police said.

Khamrab then took his own life. He was armed with a knife, a handgun and a shotgun. Police said he had been dismissed from the force in January for methamphetamine possession, and had appeared in court on a drugs charge hours before carrying out the attack.

Police believe the shooter had taken the drug amphetamine before the attack, but said they will have to do drug tests to be certain.

The head teacher of the centre, who witnessed the attack, told the BBC there were usually 92 children at the centre. But because of bad weather and a broken down bus, only 24 children had attended.

Head teacher Nanticha Panchum said the gunman’s own child attended the day care centre, but hadn’t been there for a month.

Thailand’s Prime Minister Prayuth Chan-ocha said he’d ordered local police to fast track the investigation into the attack. His spokesman said he will travel to the area tomorrow.