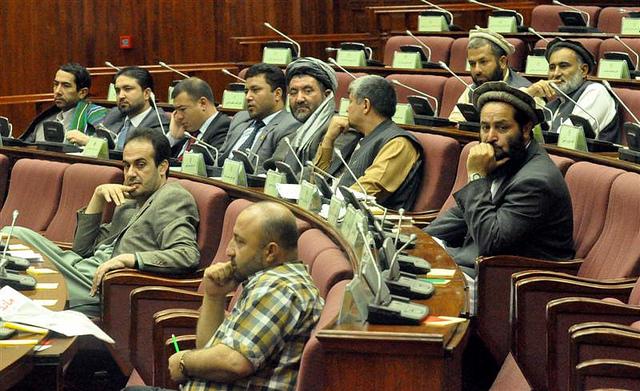 But the house endorsed with a majority vote four other agreements on the creation of a South Asian Association for Regional Cooperation university, a SAARC and the United Arab Emirates (UAE) on social and trade issues and transit trade cooperation with Tajikistan.

The Foreign Affairs Commission had submitted the five agreements to the house for approval on September 27.

Naheed Ahmadi Farid, a member of the panel, told Pajhwok Afghan News the rejected agreement had been signed by former ministers concerned some years ago and it was sent to the house for approval a few days back.

The MP from western Herat province said the agreement between Afghanistan and ISAF was disapproved, because it breached the country’s sovereignty. The pact was signed between then interior minister Yunus Qanuni and former ISAF commander Gen. Dan McNeill in 2002 before being approved by ex-foreign minister Abdullah Abdullah.

Details about the agreement were first time published in a local newspaper, Wesa, whose editor Mohammad Zubair Shafiqi told Pajhwok Afghan News the pact allowed foreign troops to conduct operations in every corner of the country and those killed or wounded would have no right to complain.

The agreement also handed control of Afghanistan’s airspace to ISAF, he said, adding foreign troops were given the right to search houses of suspected Afghans and everything ISAF brought to Afghanistan would be exempt from taxes.

Farid said one of the agreements was about the establishment of a university for students of SAARC states in India. She said students would get admissions to the university after qualifying entry tests in their respective countries.

Another accord was about the establishment of a SAARC food bank in India, she said. The proposed bank would provide food assistance to member states during an emergency situation, the legislator added.

Afghanistan obtained SAARC membership in 2007. According to Farid, under the third agreement approved by the house, Afghanistan and the UAE would cooperate on social and trade issues. She said the two countries would also exchange criminals and suspects under the agreement.

Under the fourth agreement, Afghanistan and Tajikistan will cooperate in the area of transit trade, the lawmaker said.