95pc of buildings in Asadabad violative of master plan 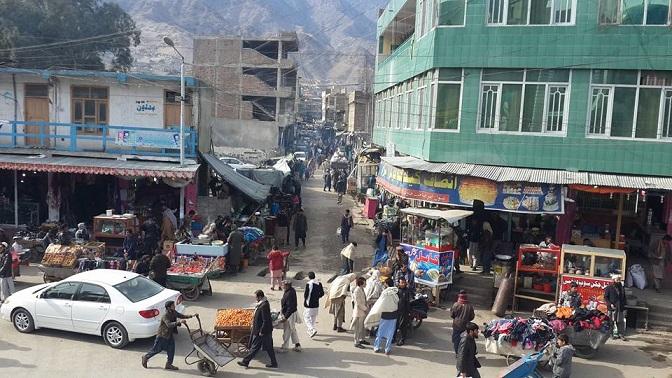 95pc of buildings in Asadabad violative of master plan

ASADABAD (Pajhwok): Residents and officials of eastern Kunar province say 95 percent of Asadabad, the provincial capital, has been constructed in violation of the master plan, creating problems for the people and the government.

The master plan for Asadabad was prepared in 1986 by the government of the time. Based on the plan, the city had to build to modern standards. However, that master plan could not be enforced.

Kunar residents blame successive governments for not executing the master plan. They believe there would have been no problems if the people had not allowed construction of buildings against the plan.

The city dwellers complain of crowded roads and streets and absence of footpaths. They want the government to resolve their problems by implementing the master plan.

Niamullah, a resident of Asadabad, told Pajhwok Afghan News city buildings had been constructed in violation of master plan. Most of them have been built in utter disregard of basic engineering norms.

He demanded violators of building laws arbitrary should be tried to ensure that the relevant rules are complied with.

Qand Agha Sherzad, another resident of the city and civil society activist, said they were faced with many problems, particularly lack of footpaths and parking areas.

Medical stores, food shops, moneychanger outlets, blacksmiths and sellers of vegetable, beverages and fabrics are jumbled up. An unfamiliar person has to walk the entire city to find what he/she needs.

Sherzad said it was the responsibility of the municipality to specify markets, organise streets and define areas for specific products.

Atiqullah Jamalzai, a shopkeeper in Asadabad, said the entire city was like a single street, having no sidewalks or parking areas. People can difficultly walk through the city, where goods are sold on roads and streets.

He explained the Asadabad Civil Hospital was located in an area where ambulances could not ply easily due to crowds. Maternity homes are situated on the second floor of buildings, adding to patients’ woes.

The Kabul Bank branch is also on the second floor of a building, with little space for visitors who have to wait on the road.

Khalilullah, another resident of the city, alleged government and municipality officials did not bother about discharging their responsibilities. They do not care about violations of the law.

There was rampant corruption behind the worsening situation in the city, he charged, stressing the need for proper urban planning and management.

Jamal Din Sayyar, a provincial council member, grumbled Asadabad had no canalisation or drainage systems. The electricity produced by power generators is supplied only to a limited number of people.

Mayor Eng. Mohammad Rahim said the master plan was not implemented due to the unstable situation in the country. He confirmed 95 percent of construction works were against the master plan.

“We don’t have that much funds to acquire land and implement our master plan,” he argued, saying the ministry concerned could execute its programmes on existing land.

The Ministry of Urban Development has prepared a strategic plan for Asadabad and it would be implemented step by step. Based on the plan, buildings constructed in violation of the master plan will be destroyed and their owners would be given land in elsewhere.

However, Rahim did not say when the plan would be implemented. The mayor added he could not give a specific date as they were faced with a funding shortage and security problems.

Urban Development Director Eng. Abdul Aziz Momand also hit out at past governments, as well as the incumbent administration, for their failure to eforce the Asadabad master plan.

He revealed a newly drawn-up plan by the ministry contained all requirements of the city. “We cannot demolish Asadabad at one fell swoop; we would translate the plans into action in a gradual manner.”

Engineering teams of the Ministry of Urban Development will visit Asadabad city in the beginning of the next solar year to help enforce the fresh plan.

But he cited lack of government land as a major hurdle to the plan’s execution. The authorities would have to acquire enough land before taking steps towards implementation of the plan.

Buildings for government departments would be constructed in the Lachgali area of Asadabad inside an office complex. The area is currently being surveyed by engineers.

After the construction of the complex, all government offices would be shifted there, a step that would help resolve the issue of crowding in the city, the director continued.

Kunar Governor Wahidullah Kalimzai called the foundation of the city substandard. The provincial capital is bounded by a river and a mountain. The local administration is trying to implement the new plan prepared by the Urban Development Ministry.