2 social media activists who make the difference through their efforts 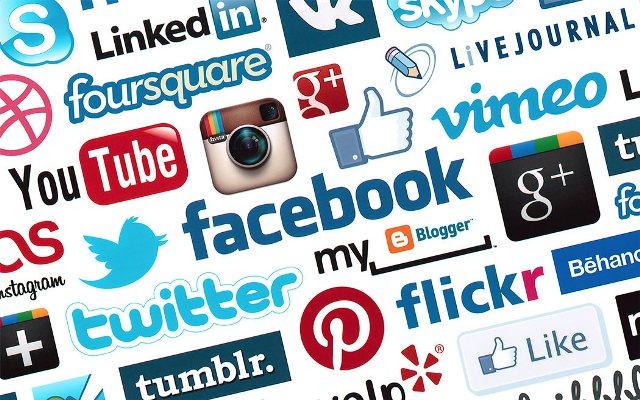 2 social media activists who make the difference through their efforts

KABUL (Pajhwok): How would the efforts of two prominent civil society activists bring positive results in the war-torn and traditional society of Afghanistan where raising your vice could be at the cost of once life.

Journalists from media outlets, writers, poets, politicians, lawyers and cultural activists in the country have been engaged in part-time activities non-stop ranging from the reformation of society to highlighting unpleasant traditions and introducing positive changes.

Illustrator and civil activist Hamdullah Arbab, former journalist and current women rights activist Dewa Niyazai are the two personalities fit for Pajhwok Afghan News this report. Their thoughts and activities had been impressive, felt and earned recognition among people and civil society group. 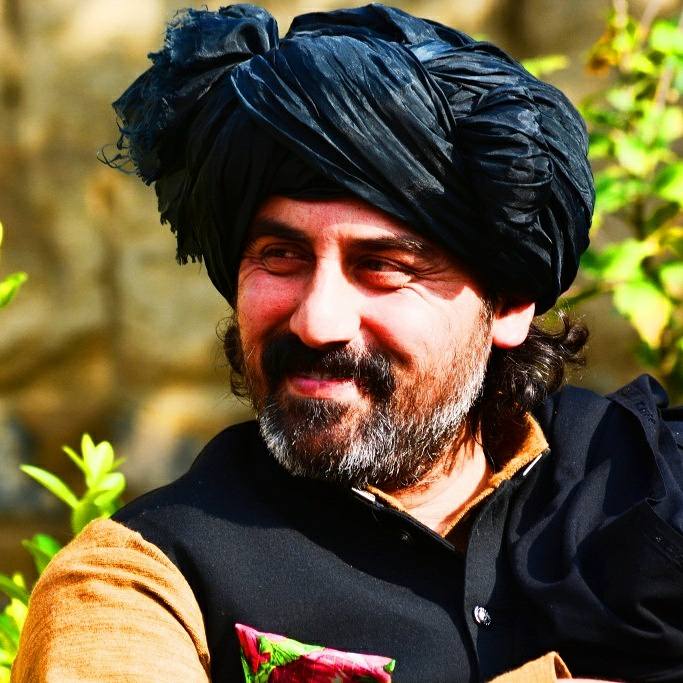 Although the social campaign of two activists considered for the reformation of society, but at the same time it drew criticism from some individual. The renowned activists Dewa and Hamdullah have objections over their mindset and social efforts.

Hamdullah Arbab during a chat with Pajhowk Afghan News said he only had ideological difference on some points with Dewa and there were no other issues.

“We live in a very difficult society so we have to move in line with the condition of our society,” he said.

Arbab said in this society, men and women both have been the victims of violence and in some cases women caused violence against women.

He said campaign for the reformation of traditional society should go ahead carefully, gently and looking at sensitiveness of the society not with forces, hardness and abuse.

“The mindset of the society is not properly reformed therefore sometimes people criticised his articles. Sometimes my articles also have defects which disappointed me later.

According to my thinking any struggles has two advantages, one beneficial for the reformation of society and second the person become attentive to his drawbacks,” he said.

Arbab says he sees the impact of his work in the society and would continue his campaign with slow pace but keeping in mid the sensitivities of society.

Besides his ideological and writing skills, Arbab termed his art of illustration effective. He often presents unfortunate incidents of the society to the people through his illustration skill which is welcomed by the people.

He said he had been doing illustrating from the past 10 years and conducted tens of exhibitions inside and outside the country.

Arbab wrote regarding women rights and those women who misused the women rights slogan: “How would those activists represent women of rural areas who never been to villages? Do your make up, go to continental hotel with your fellow women activist and talk about the women of rural areas, have your launch and get the money. Women attended trainings for launch and travel money,” he objected.

Arbab says some educated women still lived with the old thinking. They do not allow their daughters even after graduation to select their life partner. A woman named Sanga writes to Arbab: “Now I don’t want to say anything when Palosa become young then I have something to tell you.” Arbab replyed: I left video message for my daughters.

Arbab lashes out at fathers by saying: “Father is a school teacher but don’t allow his daughter to go to school.”  Sometimes he disappointed in his struggles, once he tells himself: “May Allah destroy me with the skills I have! All the day I illustrate massacre of Pashton tribe.” He writes: “I am disappointed with my facebook posts how would you feel?”

On the other hand Dewa Niyazai called the society man controlled and said 99 percent control of the society was in the hands of men where raising voice for women rights ins not possible.

During chat with Pajhwok Afghan News she said, back in 2012 she came out of difficult part of life but most women of the country still struggling with problems and could not reached to comfortable life and unable to raise their voices.

Dewa Niazai is a woman who started struggle from herself advocating for girls’ right to choose their life partner themselves in Afghan society.

She divorced a man to whom she was engaged against her choice by her family. Her case made headlines in 2012.

About her divorce case, Niazai said, “When I turned to courts for taking my own right which the law has given to me, the law and court which I trusted, but this court irritated me a lot, I walked through courts for a year just for rejecting an engagement that takes only a hour, no one was helping me, some of people in the court requested me bribe while some requesting me to marry them, I though with myself that when I as an educated woman and journalist faced with such problems so how would be the situation of 70 percent of our uneducated women,”

She said that no any of her family members except her mother agreed with her in her struggle and her relatives were pressuring her brother to stop her.

“My husband is also an intellectual and educated man but he still did not agree with my struggle before, but later he agreed with me and supported me,” Niazai said.

She said that she decided after leaving the country to continue her higher education and work for her people particularly women who she said were deprived of basic rights. She said working for the people deprived of their rights make mind relax.

A letter of Hamdullah Arbab that advised and appreciated Niazai’s efforts arrives to Dewa Niazai. She in response writes back to Arbab and says that Arbab still did not understand some serious issues women in the Afghan society still suffering of.

Dewa Niazai was trended on social media after she was recently injured seriously in a traffic accident in India and her husband shared her accident photos on her Facebook page. 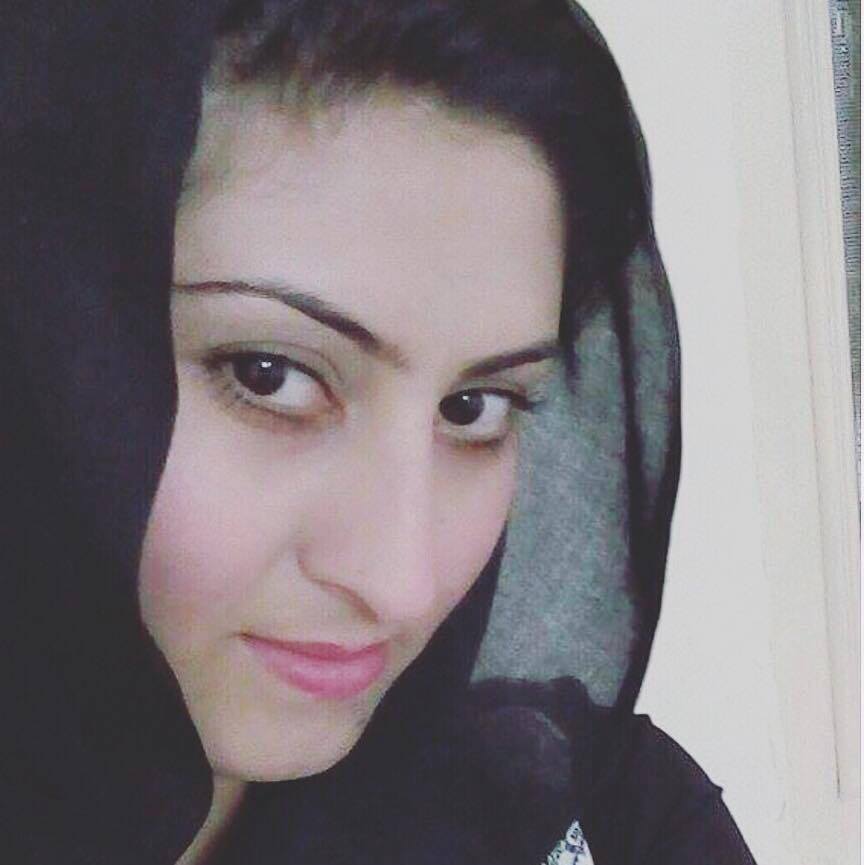 Niazai says that lack of tolerance in the Afghan society annoys her a lot. Training people about humanity and convicting them take time but struggles for positive change should not quite and educated people should discharge their responsibilities in this regard.

On the other hand, Samsur Mandozai, a fan of Niazai, appreciates Niazai’s ideas and says, “I personally believe that if you are opposed in a society, you should know that you are following the right way,”

Zeerak Fahim, a journalist and university student in India, writes in a comment about Niazai, “I salute to your humanity, I got informed that you made an accident just for saving the life of a dog, this is humanity, bravo, God recover your health as soon as possible,”

Niazai thanks Facebook that paved the ground for her struggles. About women’s rights, she wrote on her Facebook page, “Even those people, whose sisters are suffering from a bad life with their husbands, are against topics that support women,”

Khalid Rahman Mutmaen, an Afghan journalist and university student in Pakistan, in a comment to Niazai’s post, says, “The Afghan society is sensitive about new phenomena, exploring facts needs skills,”

Views of people outside Facebook on the two activists

Afghan writer and social activist, Numan Dost says that despite he did not follow Hamdullah Arbab and Dewa Niazai on Facebook much time, but he believed Niazai had strong patient.

Dost says that he sometimes read comments on Niazai’s posts and some people even insulted Niazai, but this woman did not stop her struggle from which she did not receive any financial benefits.

Pajhwok also talked with Dr. Asadullah Mukhlis, husband of Dewa Niazai. He said that Dewa was doing a great job but he was annoyed a lot when people insult her wife on Facebook.

Despite that annoyed insults, her struggle would definitely bring a change to the society, he said.

Mukhlis agrees that Dewa’s ideas have enlightened the minds of many people but some of her extreme opponents try to damage her character.

About the critics of Dewa, he said, “They want to damage this struggle, but Dewa alone is enough to deal with them, she says that insults as a reaction of some people to her posts was natural in a backward society, she works for the rights of oppressed women,”

He said that some of his relatives from Afghanistan call him and tell him to stop Dewa from her posts and insult him for allowing his wife to post her own pictures on Facebook.

But Mukhlis said that he would not allow anyone to interfere in his wife’s life.

How much is the struggle for social awakening and women’s rights effective through social media in Afghan society?

He said that the social media was highly used by social activists for awakening over the last one decade. It is the most easy and effective way of spreading a message.

“We saw the results of political, social and cultural campaigns in social media over the last one decade, we have many examples of changes starting from Tunisia, Egypt, Syria, Burma and Afghanistan,” he said.

A brief biography of Dewa Niazai and Hamdullah Arbab:

She was born in Alingar district of Laghman province in 1993 and grown in Jalalabad, the capital of Nangarhar province.

She attended a six-month journalism program when studying 11th grade in school in 2011.

Dewa Niazai also worked with two local radio stations in Jalalabad city for two years. In 2013, she was forced by social problems to leave the country and start her life in India along with her family.

She received English language and computer learning courses in India and continued her civil activities in an Indian based Afghan community.

Hamdullah Arbab is born in Faqir Kot village in Sawki district of Kunar province in 1980. He received his bachelor in political science and currently studying in India to get his master degree.

He also works with an international organization and can speak in Pashto, Dari, English and Urdu languages. He traveled to UAE, Turkey, India, Jordan and Pakistan.