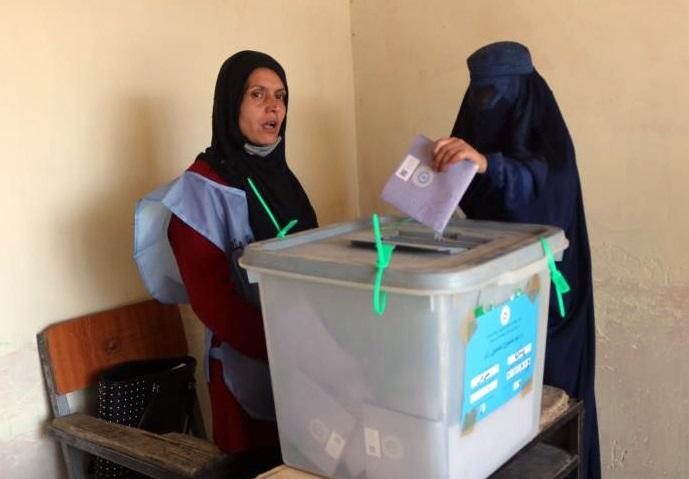 KUNDUZ CITY (Pajhwok): About 80 percent of eligible voters stayed homes and did not vote in the October 20 Wolesi Jirga elections in northern Kunduz province, an official said on Saturday.

Rasoul Umar, head of the Independent Election Commission (IEC) for Kunduz province, told Pajhwok Afghan News 172,000 people had registered to vote in the elections, but only 35,000 people voted and the rest stayed homes due to insecurity.

He said 220 registration centers had been planned for voter registration in the province but only 122 could be opened where people registered as voters.

“On Election Day, voting did not happen at 80 polling stations and 32 others remained closed due to insecurity,” he said.

As a result of high security risks, voting did not take place in Qala-i-Zal, Gultapa and Gulbad districts.

A member of the Provincial Council, Amruddin Walli told Pajhwok Afghan News security forces were unable to maintain security for the elections.

“The Taliban fired more than 50 mortar shells into Kunduz City, which killed 10 people and injured hundreds more, therefore people did not participate in the Wolesi Jirga election,” he said.

Another Provincial Council member Toryal Kakar said though the turnout was low on the election day, but security forces were able to prevent Kunduz from falling to the Taliban.

“Security was not provided, 20 only percent people cast votes but the province was rescued from being overrun by the Taliban,” he said.

Ahmadullah, a resident of Kunduz City, said he registered as voter but did not cast his ballot.

“Like me thousands others did not go out of home on Election Day because of mortar shells. “People must think about their lives,” he said.

He accused the IEC of late provision of election related materials to the province so that people could cast their vote.